The Coming Race War Begins In Cuba, Not South Carolina

The View From The U.S. Virgin Islands

Charles Manson wanted to start a race war in America by directing his “family” to mass murder people and then try to put the blame on black folks. Last week, confessed mass murderer Dylann Storm Roof was accused of trying to put the country at odds against itself over race.

But someone who took substantive steps to do just that is former Cuban President Fidel Castro who favored black fugitives over white ones when race relations were touch and go in the early 1960s.

Cuba has provided safe haven to American criminals since then. In 1961, a black militant leader from North Carolina accused of kidnapping a white couple during a racial disturbance evaded the FBI and arrived in Havana.

By 1968, United States fugitives were arriving like clockwork, often aboard hijacked airplanes. Many were members of self-proclaimed revolutionary groups who carried out their political agenda with bombings, bank robberies and murder of police officers drawn by Cuba’s open embrace of anyone who claimed to be carrying out “armed struggle” against non-communist governments.

“We understood that if anything ever happened in the U.S. and we had to leave, the best thing was to come to Cuba,” explained Charlie Hill, a member of a militant group called the Republic of New Africa that wanted to form an independent black nation in the American South.

Hill and two other members hijacked a plane to Cuba after shooting and killing a New Mexico police officer who wanted to search their car, which was loaded with guns and dynamite. His comments were made to Teishan Latner, a research fellow at NYU’s Center for the United States and the Cold War, whose 2013 book, “Irresistible Revolution: Cuba and American Radicalism, 1968-1992,” offers a revealing look at the Cuban government’s treatment of the fugitives it deemed to be genuine revolutionaries.

The Castro regime gave them ration cards and free housing. One large Havana home became known as the “Hijack House” because so many of its occupants arrived on pirated aircraft. Neighbors referred to another as Casa de las Panteras for the all the fugitive Black Panthers living there.

These revolutionary pilgrims got many privileges not available to ordinary Cubans, including the loan of AK-47 rifles for hunting expeditions. To be fair, Castro came to regret that one when his relations with exiled Black Panther chief Eldridge Cleaver — who fled to Cuba after a shootout with Oakland police — went south.

Cleaver chillingly reminded the government he had guns. After a tense standoff of several weeks, there was mutual agreement that Cleaver would move on to Algeria.

For more labile fugitives, the rewards were bounteous: college educations and cushy jobs. Some worked at propaganda stations beaming revolutionary rhetoric at the United States. Others taught English at elite Havana schools.

William Lee Brent, a Black Panther who hijacked a plane after shooting three San Francisco cops, was a Cuban emissary to the left-wing government of Grenada during the 1980s before his death from pneumonia. Assata Shakur (Tupac’s godmother), a member of the cop-killing Black Liberation Army convicted of murder in the death of a policeman during a shootout on the New Jersey Turnpike, became a hostess for delegations of international visitors.

As recently as the 1990s, the FBI had a list of 91 fugitives from terrorist-type charges living in Cuba. But age and disillusionment have taken a toll, and researcher Latner believes there are no more than two dozen left, perhaps only half that.

Still, they include some big names: Ishmael LaBeet, one of five men convicted of the infamous Fountain Valley Massacre, a racially-tinged 1972 armed robbery in St. Croix, Virgin Islands that turned into mass murder, with eight dead. William Morales, the master bomb-maker of the Puerto Rican separatist group FALN, which set off 140 or so blasts around the United States during the 1970s and 1980s, killing at least six people. Victor Gerena, an armed robber working for another Puerto Rican separatist group, who is believed to have taken the proceeds of a $7 million heist to Cuba with him.

The biggest of all remains Shakur. Even the act of naming her reveals the depth of the schism. Law enforcement calls her JoAnne Chesimard. Her supporters know her by her chosen name, Assata Shakur. If the name rings a bell to the apolitical, it is likely because she is the godmother and aunt of slain rap star Tupac Shakur.

Thirty years ago, Shakur fled to Cuba, where she was granted political asylum by Fidel Castro. There she has remained. U.S. law enforcement has repeatedly sought her extradition, and the FBI has placed her on its “Top Ten Most Wanted Terrorists” list. Information directly leading to her apprehension carries a $2 million reward.

The question now: What becomes now of  Shakur?

She used to be a star attraction on the Cuban government’s cultural reception circuit, but has virtually disappeared in recent times.

“I think they are definitely worried about bounty hunters trying to grab her,” says Latner. Maybe President Obama’s easing of travel restrictions to Cuba will have a silver lining after all, at least for the FBI.

To law enforcement, Shakur is the killer convicted in the execution-style slaying of New Jersey State Trooper Werner Foerster in 1973. She is the Black Liberation Army leader busted out of prison by her comrades two years into a life sentence, a domestic terrorist implicated in a string of crimes and a key part of organization that waged war on police.

To her supporters, Shakur has been persecuted by the same corrupt and racist justice system that they say persecuted Michael Brown and Eric Garner. During the protests in Ferguson, Mo., her name became a rallying cry. She has long been a revolutionary symbol, a radical black female often described as “the ultimate fugitive from injustice.”

Immediately after the president’s mid-January announcement, the New Jersey State Police issued a statement saying the move to normalize relations with Cuba presents an opportunity to bring Shakur back to finish her sentence in Foerster’s murder.

“We stand by the reward money and hope that the total of two million dollars will prompt fresh information in the light of this altered international relationship,” said State Attorney General John J. Hoffman, adding that his office would be working with federal authorities to find a way to “return her to her rightful place in a New Jersey prison.”

Jeff Rathke, a spokesman for the State Department, said the decision to drop Cuba from the state sponsor of terrorism list it has occupied since 1982 “reflects our assessment that Cuba meets the statutory criteria.”

“While the United States has significant concerns and disagreements with a wide range of Cuba’s policies and actions, these fall outside the criteria relevant to the rescission of a state-sponsor-of-terrorism designation,” Rathke said.

President Obama was forced to release a Cuban spy who was also serving two life sentences for conspiracy to commit murder — in order to reach the point diplomatically that we’re at now.

Maybe Cuba doesn’t meet the strict standards of a state sponsor of terrorism, but if a planeload of lionized black militants comes back from Havana to the United States to face murder charges – it will be a public relations nightmare the likes of which this country has never seen.

But as President Obama is going late into the lame duck phase of his second term, it is unlikely that the State Department would allow it to happen during this administration.

If I were Chris Christie, I’d ask Hillary Clinton what she would do as president if this were the first crisis she faced. Pardoning mass murderers or even garden-variety murderers is not an option.

When this air sequel to the Mariel boatlift happens, it is likely that Fidel Castro will ignore his health regimen for one day, look out on the beach his home is situated on (it has a view of the Bay of Pigs) and smoke a cigar and have a few jolts of Chivas Regal, thinking about this long-playing hand he has dealt us. 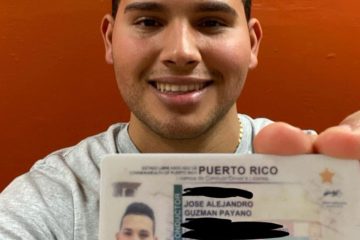 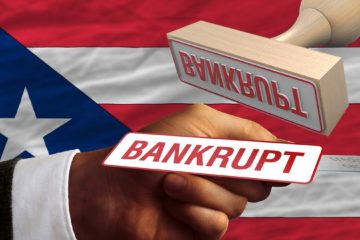