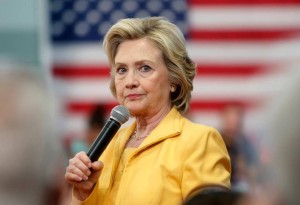 MIAMI – Hillary Clinton will use today, her first day of public appearances in Florida as a presidential candidate, to declare her allegiance to President Barack Obama’s Cuba policy in the hometown of Republican rivals who oppose it, Jeb Bush and Marco Rubio.

In a speech at Florida International University, Clinton will call for lifting the U.S. trade embargo.

“She will highlight that Republican arguments against increased engagement are part of failed policies of the past and contend that we must look to the future in order to advance a core set of values and interests to engage with Cubans and address human rights abuses,” her campaign said in a statement.

Much like her speech on immigration reform in Las Vegas, in which she tried to portray herself as even more progressive than Obama, her speech at FIU will be Clinton’s first chance to double down on the president’s move in December to normalize U.S.-Cuba diplomatic relations. The 11 a.m. speech will follow her address to the National Urban League, a civil-rights organization, in Fort Lauderdale earlier today.

For the majority of voters in Florida and elsewhere, Cuba isn’t one of the top issues on which they will cast their vote for president. However, Clinton’s stance on Cuba gives her a chance to drive a wedge between herself and the leading contenders in the GOP field — including Rubio and Bush.

Some recent polls show that the vast majority of voters, even in Florida, support normalizing relations with the island after decades of isolation. That allows Clinton to argue that Bush, Rubio and many of the other GOP candidates are out of touch with mainstream Americans.

“Hillary’s position on Cuba predates the president’s position,” said Miami pollster Fernand Amandi, who has done polls about Cuba policy in Florida. “She came out for eliminating the embargo well before new policy change announced in December last year. She often commented on the need to reevaluate and reengage the issue of U.S. policy toward Cuba but always with the end goal of bringing democracy and a transition to democratic government to island.”

In June, Bendixen & Amandi International did a poll with the Tarrance Group of 1,400 Hispanic voters nationwide. It showed that for 46 percent of voters, the fact that a candidate supports the new policy of normalization would have no impact on their vote. But for those who did factor that into that their vote, 34 percent said they were more likely to support that candidate, compared to 14 percent who said the opposite. Generally the same trend held true for Florida voters, with 32 percent more likely to support the candidate, compared to 19 percent less likely. (Similar numbers were found among voters in Colorado, Nevada and North Carolina.)

The poll showed clear support among Democrats and independents for normalizing relations with Cuba, while Republicans nationwide were evenly split.

Among Cubans nationwide, 40 percent said they too were more likely to support a candidate who supports normalization, while 26 percent were opposed and the remainder said it wasn’t a factor or didn’t know.

However, Mauricio Claver-Carone, an opponent of lifting sanctions and co-founder and director of the U.S.-Cuba Democracy PAC, pointed to an Associated Press poll in July that showed that while nearly three-fourths of Americans think the United States should have diplomatic ties with Cuba, they’re not sure how far to go in lifting sanctions. The nationwide poll showed 58 percent of Americans approve of Obama’s handling of the U.S. relationship with Havana, but they were nearly evenly split about what to do about sanctions.

Claver-Carone said that he would remind Clinton of two facts that show how her position on Cuba could hurt her on Election Day.

“Every single Cuban American elected anywhere in the U.S. — councilman, member of Congress, legislature, you name it — all oppose Obama’s policy,” he told the Miami Herald.

“There has never been any statewide official that supports lifting sanctions that has ever been elected in the state of Florida, including Obama who campaigned twice both times on support for the embargo. She is being walked down a political plank on this one.”

In her 2014 book Hard Choices, Clinton wrote that near the end of her tenure as secretary of state, she recommended that Obama review the embargo — a decision that ultimately lies with Congress. She wrote that the embargo “wasn’t achieving its goals, and it was holding back our broader agenda across Latin America. After 20 years of observing and dealing with the U.S.-Cuba relationship, I thought we should shift the onus onto the Castros to explain why they remained undemocratic and abusive.”

In a speech to the Council on Foreign Relations in June 2014, Clinton said that she had concluded “that the embargo is Castro’s best friend. It provides Castro an excuse for everything. Why do we still have to be harassing, you know, the mothers of the imprisoned? Well, because America’s behind it. Why do we have to, you know, prevent the kind of relationships that we would like to see Cuba engage in opening up and being more forward looking? Well, because we can’t — you know, America is embargoing us…. We’ve been in a corner for too long.”

But Clinton often omits her husband’s role in the embargo. In 1996, President Bill Clinton strengthened the embargo by signing the Helms-Burton law, which states that the embargo will only be lifted if Cuba holds free and fair elections, frees political prisoners and allows for a free press and labor unions. He signed that bill after two Brothers to the Rescue planes were shot down in the Florida Straits by Cuban MiGs.

During her speech at FIU, Clinton is expected to address her views on the Helms-Burton law.

For years, Hillary Clinton talked about the need for democracy before changing the policy toward Cuba, including during her first presidential race.

In July 2007, she bashed Obama for saying he would meet with Cuban leader Fidel Castro and Venezuelan President Hugo Chávez and called his suggestion “irresponsible and frankly naive.”

“Until there is some recognition on the part of whoever is in charge of the Cuban government that they have to move toward democracy and freedom for the Cuban people, it will be very difficult for us to change our policy,” she said at a December 2007 debate in Iowa.

Earlier this month, when Obama announced the opening of respective embassies with Cuba, Clinton wrote on Twitter: “New US Embassy in Havana helps us engage Cuban people & build on efforts to support positive change. Good step for US & Cuban people.”

In May, Clinton talked about her support for Obama’s Cuba policy during a fundraiser at the Coral Gables home of Nilda Milton, whose late husband, José, was a developer.

“She said if we want change in Cuba we have to be for openness,” said former U.S. Rep. Joe Garcia, D-Miami, who attended the event. “She was very supportive of the president’s Dec. 17th statement, and I think she leaned into it.”

Both Rubio and Bush have repeatedly criticized the Obama administration’s stance on normalizing relations.

“Hillary Clinton was adamantly against easing restrictions with Cuba in 2000 and 2008, going so far as to confirm she would not meet with Raul Castro until there was evidence of political change,” Emily Benavides, a Bush spokeswoman, said this week. “President Obama’s concessions to Castro have not resulted in more democracy or freedom for the Cuban people.”

Rubio, who has taught political science at FIU in the past, has campaigned on his parents’ journey as Cuban immigrants. His campaign said that Clinton is “making another grave mistake.”

“Unilateral concessions to the Castros will only strengthen a brutal, anti-American regime 90 miles from our shore,” the campaign said. 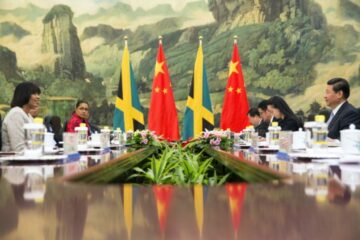 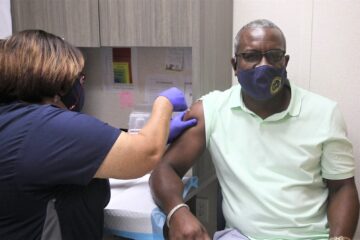 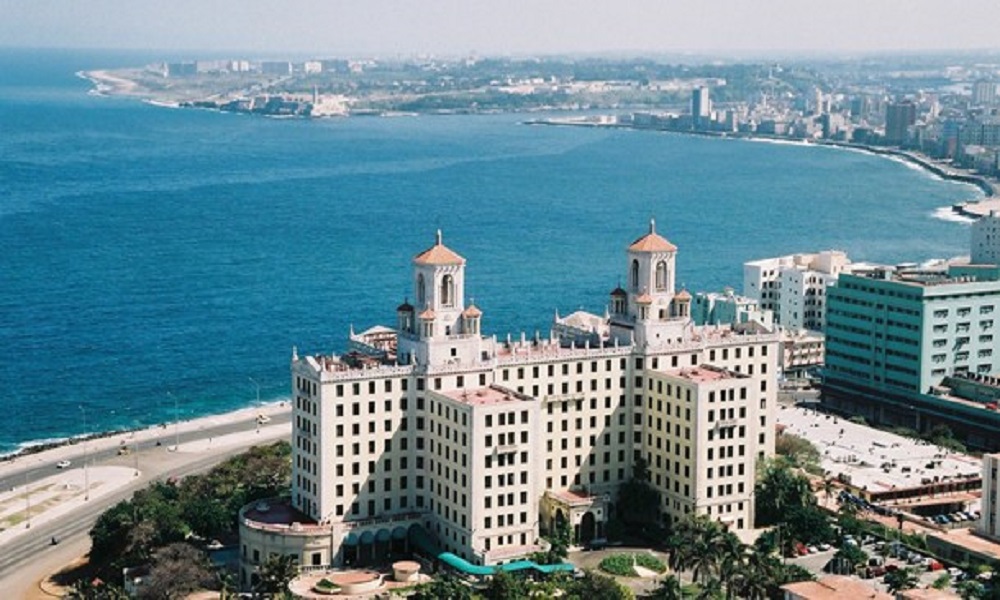 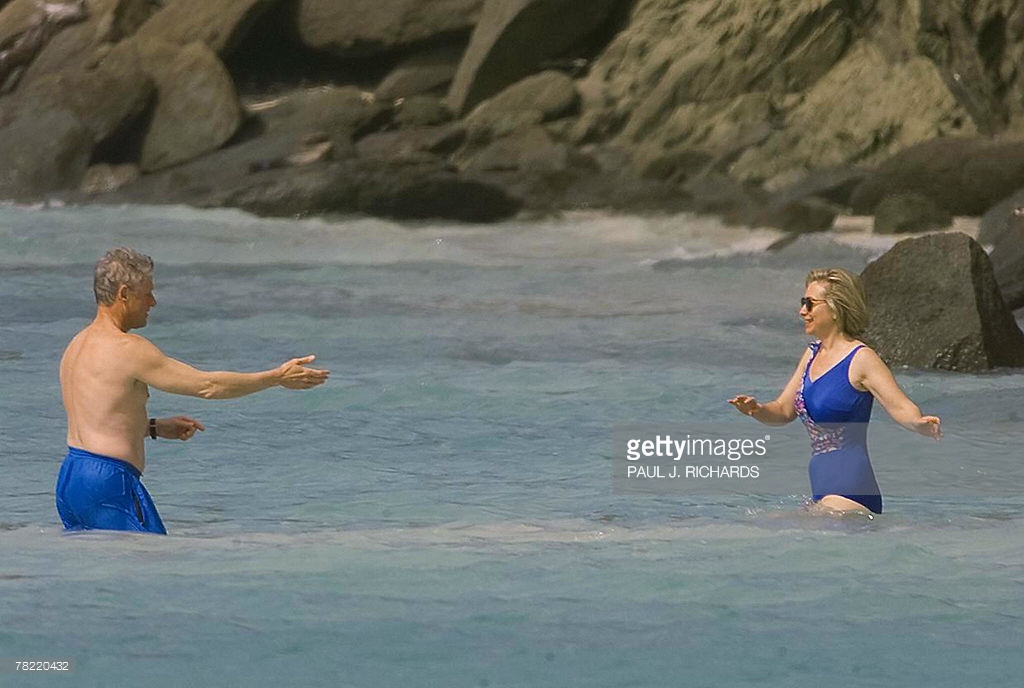