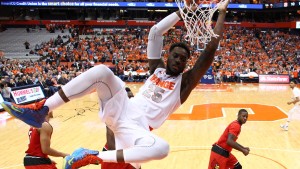 WILLIAMSBURG, Virginia — A nationwide group that drafts legislation for states to adopt voted this week to approve an amended sports-agents law that will now also apply to certain types of financial advisers.

The Uniform Law Commission at its annual meeting in Williamsburg passed a revised version of the Uniform Athlete Agents Act, which was drafted in 2000 and which has regulated sports agents but largely exempted financial advisers.

The amended version of the law eliminates the double standard, expanding the definition of an agent to include financial advisers who offer gifts or money to student-athletes in a bid to secure their business later when they turn professional. Financial advisers who try to entice a student-athlete to sign a professional sports contract or charge the player differently than other clients will come under the auspices of the law.

In most states agents currently are required to register with regulators before approaching student-athletes and are not allowed to provide them with gifts. Violators can be prosecuted.

The approval comes after a front page article in The Wall Street Journal in November described financial advisers who wooed amateur athletes while they were in college and then allegedly lost the athletes’ money when they went pro.

Dale Higer, chairman of the ULC committee that drafted changes to the act, referred to the article in his remarks at the annual meeting. Momentum had been gathering in recent years to patch the loophole as college and state officials tried to protect students from unscrupulous individuals hoping to profit off them.

“We’re very pleased,” said Mr. Higer in a phone interview. “I think we have strengthened the act and will be able to better monitor what’s going on with student athletes.”

The act, which contains other changes in addition to a broader definition of agents, will now be sent to states to adopt. Committee members say they are confident a large number will do so, as the original act became the template for laws in 40 states, the District of Columbia and the Virgin Islands. California, Michigan and Ohio have passed similar laws.

“It was a huge win,” said Paul Pogge, associate athletic director of the University of North Carolina at Chapel Hill and a participant in the discussions. “We were able to get through everything we were looking for” to better protect student-athletes, he said.

After Becoming Territory's No. 1 Beer, Coors Sets Its Sights on South America