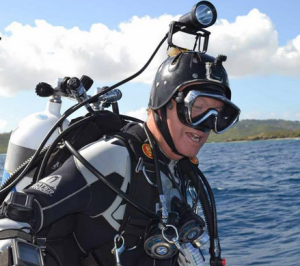 CHRISTIANSTED – Two of the most successful deep diving enterprises in the world publicly warned the dive crew hired by Dr. Guy Garman to keep him safe that if the “flawed” dive went forward as described it would most likely end in certain death for “Doc Deep” – but that warning was blithely ignored five months ago, the Virgin Islands Free Press has learned.

Andy Davis, who runs Scuba Tech Philippines, said the Garman dive crew’s proposed dive plan was so potentially disastrous – they did not believe at first that anyone would seriously attempt such a suicidal mission – they thought for sure it was a “hoax.”

“Members involved with both of those projects publicly warned Dr. Garman’s team of a flawed dive plan on the Scubaboard diving forum back in March,” Davis said. “It was first believed to be a hoax, but once it was known to be a real attempt, a tragic outcome was predicted. Forty-eight months of diving training, with less than 600 dives isn’t considered a high experience level by most professional divers.”

Asked if Garman was qualified as a diver to make such an attempt, Davis said: “The issue of ‘qualification’ is actually very hard to define. There is no qualifying scuba course for the depths to which Dr. Garman dived. It’s a very experimental level of diving. The deepest qualification courses generally train only to 100 meters (328 feet) depth.”

Experts said Garman might have died within minutes of attempting a  dive of 1,200 feet on August 15.  His dead body washed up on the Christiansted shore on Tuesday. Many professional technical dive operations the world over have called for an end to the type of diving the Tennessee native did on St. Croix.

“In comparison with previous divers who attempted scuba depth records, Dr. Garman had relatively very little experience in terms of time or dives,” Davis said. “The one notable exception was ‘Dave’ John Shaw,  who died on his 333rd dive (five years diving) whilst attempting a body recover at 270m/890ft.”

Davis wrote an article on his website Scuba Tech Philippines in which he said that “greater specific experience dealing with extreme depth hyperbaric physiological conditions may have been beneficial for Dr. Garman.”

“A diver has to find their own limits and tolerances to these conditions,” he said. “Therefore, a prudent approach might be to conduct a larger number of progressive dives,  in smaller increments of depth/pressure increase.”

Davis added that “dives have been conducted to far greater depths than Dr. Garman was attempting” but they were conducted using more sophisticated diving equipment and with higher safety standards.

“These were commercial saturation dives from support bells (COMEX Hydra 8, in 1982, at a depth of 534m/1752ft) and in scientific study through hyperbaric chambers (701m/2300ft, at Duke University, in 1992),” he said. “Neither of these record setting projects involved scuba gear, because insufficient gas can be carried to allow a very slow descent, which is critical in mitigating the hyperbaric physiological effects described in my article.”

Davis said when a deep diver is planning on making such a technically difficult dive “there are more variables than simple experience to consider.”

“The quality of dives is as important as the quantity,” he said. “I’m not in a position to comment on the quality of Dr. Garman’s dives. But, in general, the more time one spends underwater, the more failures, problems and unforeseeable issues they’ve had chance to encounter and overcome.”

“Captain” Ed Buckley, the owner of St. Croix Ultimate Bluewater Adventures, took credit in published reports for being the dive captain of the world record dive attempt. Buckley said Doc Deep got in the water at 6 a.m. and was in trouble by 6:38 a.m. August 15. The VI Free Press asked Buckley what time he called the U.S. Coast Guard to notify them that Garman was having difficulties – Buckley said he could not recall the exact time.

The U.S. Coast Guard did not immediately respond to a request for an interview.

Davis said there are a lot of reasons why Garman’s team might have gone forward with such a disastrously “flawed” technical dive plan, including “over confidence,  groupthink, normalization-of-deviance and destructive goal pursuit. “

“The technical dive community is hoping that GoPro video footage from Dr. Garman’s camera will be made public for accident analysis,” Davis said. “If it is, a much clearer idea of the situation… and Dr. Garman’s actual preparedness will be known.” 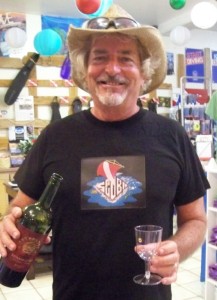 Beaten Down By A Dry Upper Atmosphere, Hurricane Danny Limps Towards The Virgin Islands