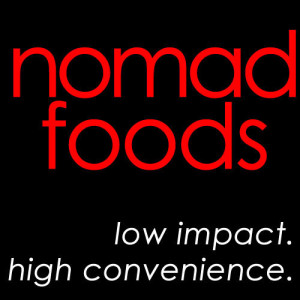 Shares of Deerfield, Ill.-based Mondelez were up 0.50% at $46.52 in midday trading Thursday after the announcement by Ackman’s Pershing Square Capital Management L.P.

The hedge fund said late Wednesday it plans to notify the Securities and Exchange Commission that it has taken a 7.5% stake in Mondelez, including forward purchase contracts and call options, amounting to more than 120 million shares.

“We welcome Pershing Square as investors in our company,” Mondelez spokeswoman Valérie Moens said in a formal statement issued by the firm. “We’ll continue to focus on executing our strategy and on delivering value for all our shareholders.”

A Pershing Square spokesman declined to provide any details beyond the official announcement.

However, reports in The Wall Street Journal and other media organizations said Ackman believes Mondelez must boost revenues more quickly, slash costs or sell itself to a food industry rival.

With more than 1.6 billion shares outstanding as of July 24, Mondelez has an estimated market cap of nearly $75.6 billion. That massive size could make a potential takeover difficult.

“I think there is a potential for this, down the road,” said Lash.

Berkshire and 3G teamed on the more than $50 billion merger that in July created the new Kraft Heinz (KHC), the world’s fifth-largest food and beverage company — with famous brands like Kraft’s Macaroni & Cheese, Kool-Aid and Jell-O, and Heinz’s ketchup and Ore-Ida potato products.

Kraft was spun off in Oct. 2012 by Kraft Foods Group — which then changed its name to Mondelez International.

The newly combined Kraft Heinz has planned to cut billions of dollars in operating costs and achieve other savings, an effort that could affect Mondelez and other food industry competitors.

In a Thursday report on Mondelez, Lash characterized the company’s own recent cost-cutting efforts as “prudent.” But her report contended “there is significantly more upside in its results than management’s guidance or market estimates suggest.”

The Mondelez investment is the latest in a series of major investments by the high-profile Ackman. He placed a $1 billion bet in 2012 that shares of Herbalife would decline on the theory that the global nutrition company is a pyramid scheme — an allegation the company has repeatedly denied.

In June, Pershing Square disclosed a 21.7% stake in Nomad Foods, a British Virgin Islands-based special purpose acquisition company that confirmed it was in early stage discussions with the Findus Group, one of Europe’s largest frozen food and seafood companies. Nomad said the talks focused on plans to acquire the Findus Group’s continental Europe business and the Findus brand.

Mondelez is not unfamiliar with activist investors.

Nelson Peltz, CEO and founding partner of Trian Fund Management, joined the company’s directors in Jan. 2014 after voicing discontent with the firm’s cost-cutting and profitability. His complaints came after sluggish Mondelez sales prevented the company from reaching a 5% to 7% long-term growth target. Peltz now serves on the firm’s Finance, and Governance, Membership and Public Affairs committees.