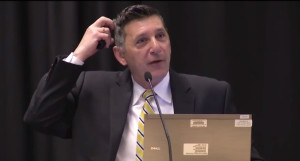 Of that, $5 million will be directed to a broad range of efforts that will reduce the trafficking, distribution, and use of heroin – a drug that has emerged as a serious threat to multiple regions of the United States especially the Virgin Islands and Puerto Rico.

In particular, $2.5 million will fund the Heroin Response Strategy, an unprecedented partnership among five regional HIDTA programs — Appalachia, New England, Philadelphia/Camden, New York/New Jersey, and Washington/Baltimore — to address the severe heroin threat facing those communities through public health-public safety partnerships across 15 states and the territory of the U.S. Virgin Islands and the commonwealth of Puerto Rico.

“The High Intensity Drug Trafficking Areas program helps Federal, state, and local authorities to coordinate drug enforcement operations, support prevention efforts and improve public health and safety,” Botticelli said.  “The new Heroin Response Strategy demonstrates a strong commitment to address the heroin and prescription opioid epidemic as both a public health and a public safety issue. This Administration will continue to expand community-based efforts to prevent drug use, pursue ‘smart on crime’ approaches to drug enforcement, increase access to treatment, work to reduce overdose deaths, and support the millions of Americans in recovery.”

Nearly $4 million in HIDTA funds will support prevention efforts in 18 regional HIDTA programs, many of which draw upon key partnerships between law enforcement agencies and their counterparts in public health and education.

In recognition of the unique drug challenges faced by law enforcement agencies in the region along the U.S.–Mexico border, $1.3 million in HIDTA funds will be directed to the five regional HIDTA programs along the Southwest border.  These funds will be used to enhance investigative efforts against large-scale transnational criminal organizations, reduce the flow of dangerous drugs (including heroin and methamphetamine) across the border, and prevent drug use in border communities.

Nearly $500,000 will be directed toward addressing drug threats on tribal lands.  Regional HIDTA programs in six states will receive funding to investigate and dismantle the organizations that exploit tribal communities to traffic and distribute dangerous drugs.

Created by Congress in 1988, the HIDTA program serves as a catalyst for coordination among Federal, state, local, and tribal law enforcement agencies operating in areas determined to be critical drug trafficking regions of the United States. Law enforcement organizations working within HIDTAs assess drug-trafficking issues and design specific initiatives to decrease the production, transportation, distribution, and chronic use of drugs and money laundering. There are currently 28 HIDTAs located in 48 states, as well as in the U.S. Virgin Islands, Puerto Rico and the District of Columbia.

The Heroin Response Strategy will foster a collaborative network of public health-public safety partnerships to address the heroin/opioid epidemic from multiple perspectives. The Strategy will enhance the efficacy and efficiency of the criminal intelligence process in support of cooperative law enforcement operations. The five HIDTAs will create a 15-state network of experienced, connected law enforcement contacts and leverage these connections and information-gathering capabilities with a strong, complementary, analytical capacity.

The five HIDTAs will select two centrally located Regional Coordinators, one with a public health focus and the other with a public safety focus, who will manage and oversee implementation and operation of the Heroin Response Teams. The Public Health Coordinator will oversee regional reporting of fatal and non-fatal overdose information and issuing of relevant alerts regarding dangerous batches of heroin and other heroin-related threats to health authorities.

This will mobilize a rapid public health response to distribute naloxone or expand resources in the affected areas, helping to mitigate the number of overdoses and prevent deaths. The Public Safety Coordinator will oversee execution of public safety goals by ensuring case support is provided where needed and intelligence is being disseminated to relevant law enforcement authorities to enable disruption of the heroin supply.

A heroin and prescription opioid training curriculum will be developed and used to prepare rural and municipal officers and first responders who are inexperienced responding to heroin and prescription opioid-related incidents. To assist communities in coping with this escalating problem, the five HIDTAs will develop Education & Training strategies that will increase awareness of heroin and opiate addiction, create linkages to available prevention and treatment resources in the respective regions, and enable first-responders to know how to report all pertinent lead information developed from seizures and overdose responses.

The Heroin Response Strategy builds upon the successes of the 2014 symposium hosted by the Washington/Baltimore HIDTA.  Each year, the five HIDTAs will host two, two-day State of the Region symposia at a jointly nominated HIDTA.  These symposia will build additional structure within each respective HIDTA region for the attendees to maintain regular contact and continue their public health-public safety partnerships between symposia. The aim will be to facilitate collaboration between public health and public safety partners within and across jurisdictions, sharing best practices, innovative pilots, and identifying new opportunities to leverage resources.

The Obama Administration’s drug policy treats the national drug challenge as both a public health and public safety issue.  This approach is built upon the latest scientific research demonstrating that addiction is a chronic disease of the brain that can be successfully prevented and treated, and from which one can recover. The Administration has directed Federal agencies to expand community-based efforts to prevent drug use before it begins, empower healthcare workers to intervene early at the first signs of a substance use disorder, expand access to treatment for those who need it, support the millions of Americans in recovery, and pursue “smart on crime” approaches to drug enforcement.