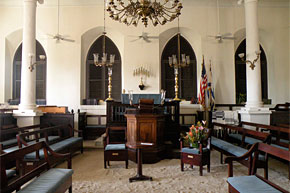 CHARLOTTE AMALIE – Jews from Denmark first arrived on the white beaches of what is now St. Thomas, U.S. Virgin Islands — a tiny speck off the coast of Puerto Rico — in the mid-17th century.

These were descendants of a Jewish population that had fled Spain for other parts of Europe during the Inquisition. St. Thomas afforded them a certain religious autonomy that wasn’t always available on the mainland.

In the ensuing centuries, a Jewish community flourished in the capital city of Charlotte Amalie, which now boasts the St. Thomas Synagogue.

According to its listing as a National Historic Landmark, it’s “the second-oldest synagogue … and longest in continuous use now under the American flag.”

Notably the synagogue is one of five in the world that features sand-covered floors. It’s not a tropical affectation — it dates back to the Inquisition-era custom of using sand to muffle forbidden prayer.

And to get your imaginations going, you can read about 18th-century St. Thomas Jewry in Alice Hoffman’s newest novel, “The Marriage of Opposites,” a piece of historical fiction that centers on the (actual) life of Rachel Pizzaro, the mother of groundbreaking Jewish impressionist painter Camille Pissaro. 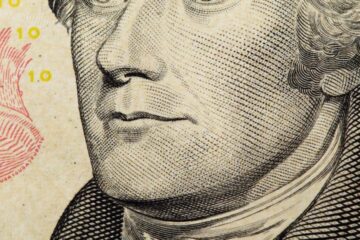 9 Historic American Figures With Ties to the U.S. Virgin Islands 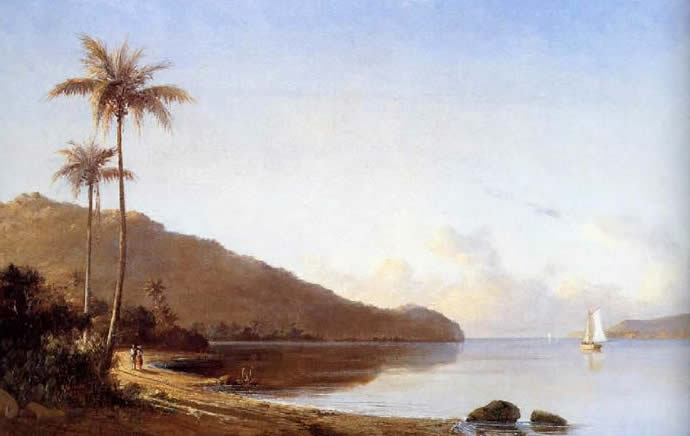