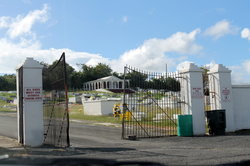 CHRISTIANSTED – Cemetary workers preparing a tomb for burial were robbed at gunpoint at the Kingshill Cemetery this morning, according to the Virgin Islands Police Department.

Police were dispatched to Estate Peter’s Rest at 10:45 a.m. Friday where one of the workers had returned after being robbed at mid-island, the VIPD said.

According to the man who called the 911 Emergency Call Center, he and other men were working on the preparation of a tomb at the cemetery for an upcoming burial, when some time after 9:00 a.m. two unknown men entered the property from a westerly direction and approached the workmen.

One man brandished a firearm and began demanding that the workers give up their personal items, according to police. The second man then gathered mobile phones and cash from the workers.

The workmen were unharmed by the armed robbers who then ran off of the cemetery grounds property, police said.

Police also met with the other workers who were robbed at the cemetery, as they continued to prepare the tomb for a burial service in the upcoming week.

Anyone with information concerning this incident may phone the Criminal Investigation Bureau at (340) 712-6024,  911 or the anonymous tip service, Crime Stoppers USVI at 1-800-222-(TIPS) 8477 or go to www.crimestoppersusvi.org 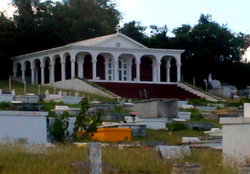 Yoga Instructor To Hold Wellness Retreat at The Buccaneer