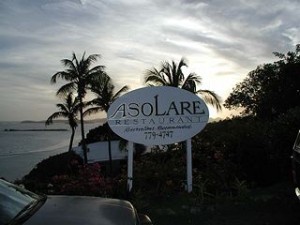 CRUZ BAY – A couple watching the blood moon along the shoreline in St. John were robbed at gunpoint by two men Sunday, according to the Virgin Islands Police Department.

The 911 Emergency Call Center dispatched police to the Mongoose Junction area of Cruz Bay at 8:13 p.m. Sunday after receiving a report of a robbery.

The woman told police that she and a friend were sitting on the wall of the lookout near Asolare Restaurant about 8:08 p.m. when two black men wearing dark clothing and their faces covered by white cloths approached them.

One of the men held a handgun against her and repeatedly demanded that she give them all of the items she had with her, according to police.

The woman then turned over all of her belongings to the gunman, including her bag, mobile phone and camera, police said.

The two women were not harmed during the incident, according to police.The men left the area in a dark, grey colored Jeep that had been parked across the street apparently waiting for the two men to complete the robbery.

Anyone with information concerning this armed robbery is asked to phone 911 or the anonymous tip service, Crime Stoppers USVI at 1-800-222-(TIPS) 8477 or go to www.crimestoppersusvi.org 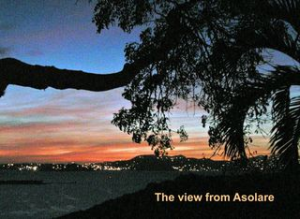