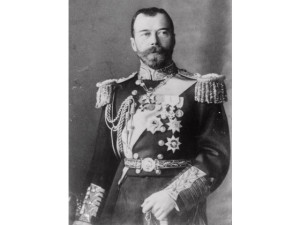 CHARLOTTE AMALIE – People from all over the world have settled in the Virgin Islands, creating a melting pot of cultures and backgrounds.

Lisa de Kooning, daughter of one of the most famous abstract expressionist painters of the 20th Century, Willem de Kooning, lived for many years in St. John. But it wasn’t well-publicized until she died there in November of 2012.

Starosselsky came from a high-placed Russian family. His father, Dmitry Staroselsky, also Count Rudiger-Bielajew, was a general who also served as governor of Baku and later chief of administration of the viceroy of the Caucasus from 1878 to 1884. He married Ekaterina, Princess Guramishvili, of Georgia. They had four sons and five daughters, including Vsevolod.

When the Russian Revolution began, Vsevolod became a general in the White Russian army, which opposed communism. After the revolution, he went on to lead the Cossack Brigade in Persia (now Iran). He was ousted from that position in October 1920. In early 1921 he and his family set out from Yokahama, Japan, landing in Seattle in February 1921.

It is not known how or why he and his family made their way to Southern California, but it seems safe to assume they knew someone in the area.

Records show that on April 28, 1921, Vsevolod completed the purchase of an orange grove in West Riverside, now known as Jurupa Valley. The property was in the area of today’s Canal and 28th streets.

“My exiled countrymen have taken up various occupations. Some have turned to catering, or have accepted positions as waiters, others have entered the movies. But both Mrs. Starosselsky and I love the soil. In Russia, we had a large estate, so perhaps that is the reason. It was very hard for many of us after the overthrow of the Czar’s regime. My wife and I escaped from Russia into Persia, and then found our way to California. We purchased a 10-acre orange grove in West Riverside, but it was in poor shape and we found the returns insufficient to maintain us, so we turned our attention to chickens,” Vsevolod told the Los Angeles Times in a 1930 interview.

“It is hard to be separated from one’s relatives and friends, and to be exiled from one’s country, but we feel we have very much to be thankful for,” Vsevolod said. “We have our ranch home and our faithful little white hens to lay for us, and sing as well. And it is nice music, too, the cackle of hens. We have been here eight years and have built up an interesting and profitable business. We have never regretted our choice of occupations.”

He was survived by his wife, his son Dimitri of Estate Wendtberg, Great Northside, St. Thomas and his married daughter, Catherine Hickey of Los Angeles. Local newspapers said an impressive and beautiful Russian service took place. He was cremated and his ashes placed in what is now known as the Hollywood Forever Cemetery.

His wife sold their ranch and moved to the Los Angeles area, ending the Jurupa Valley, California connection to Russian royalty and the Czar’s Imperial army.

But his son’s connection to the U.S. Virgin Islands continues today. 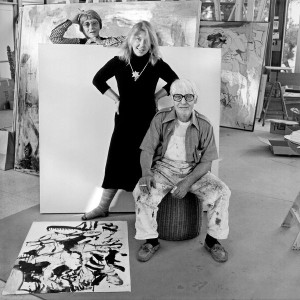