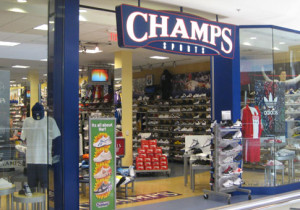 CHARLOTTE AMALIE – A laundry and a sporting goods store inside a shopping mall was burglarized overnight during the blood moon, according to the Virgin Islands Police Department.

The 911 Emergency Call Center dispatched police to the Tutu Park Mall at 5 a.m. Monday after receiving a report of a robbery, the VIPD said.

Police met with the staff of Best Laundromat who said that when they arrived at the work they noticed that the business had been burglarized overnight.

The burglar(s) gained entry into the laundry by using an outer door, which led into a storeroom, police said. The burglar(s) took an undetermined amount of money from the business.

When the burglar(s) got inside the laundry, they were able to gain access to the mall through the roof, according to police.

The burglar(s) then used an unknown instrument to damage the entrance gate to Champs Sporting Goods, police said. Once inside the sporting goods store, they stole several thousand dollars’ worth of merchandise.