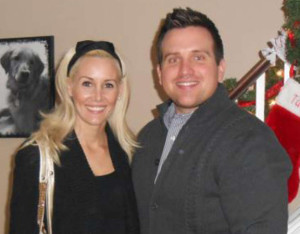 PHILADELPHIA – Talk about the importance of taking a vacation every year.

A Pennsylvania man’s last vacation in the Virgin Islands was nearly his last day on Earth.

After getting married two months ago, Scott Matsinger and his new bride Veronica decided to delay their honeymoon. Matsinger, a 33-year-old Delaware County teacher, wanted to finish the school year first.

So, Matsinger and his wife spent a week in St. Thomas in July, then planned to extend their trip with a few days with her family at the Jersey Shore.

During a bike ride just days after returning from the Virgin Islands, Matsinger felt ill. He stopped, sat on the curb, passed out, and never woke up, police say.

The sudden and still unexplained death of the family man and teacher has left his community and three schools reeling.

The newlywed was a first-grade teacher at the Springfield Literacy Center who always made everyone feel special, according to his friends.

“At the end of the year, he had first-grade kids who were sad to go on summer vacation, they loved him so much,” said friend John Walsh, 33, of Havertown, Penn.

Last month marked Matsinger’s first year teaching first grade after two years in a fifth-grade class. Matsinger was thrilled to have recently received tenure and bought a house, and was “head over heels” for his new wife, said Scott Dudley, 34, of Drexel Hill, Penn. Matsinger’s friend since high school.

He played football at Haverford High School and Albright College, and previously taught fifth grade at Sabold Elementary School in Springfield, Delaware County. Before that, Matsinger had taught second grade at the Haverford School, where he helped coach the freshman football team.

Two days after his death, a group of Matsinger’s friends set up a GoFundMe campaign to assist his wife, Veronica. By the end of the summer, the campaign had raised $48,050 in donations from more than 700 contributors.

Matsinger’s fellow first-grade teacher, Kristen Naab, said she would miss hearing the kids’ laughter that so often emanated from his classroom.

“This big football player always got down on the kids’ level, whether it was to talk, teach a lesson, or tie a shoe.”

Naab said she remembered Matsinger, the only male teacher for that grade, earnestly asking how to tie girls’ hair ties. Matsinger also was a strong role model for boys in his class, said Wendy Yohn, principal of the Springfield Literacy Center.

“Everybody loved him,” Yohn said. “You couldn’t be around him and not be immediately drawn to him.”

When Pigs Fly! Jet-Setting 'Ziggy The Piggy' Raises Eyebrows When He Gets To The Mainland

Fraudster From St. Thomas Cheated Elderly Out of Millions With Insurance Scam