PLUGGED IN? Mapp’s Energies Spent at ‘Playground of Presidents’ Resort 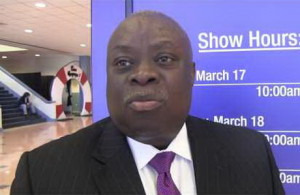 WHITE SULPHUR SPRINGS, W.Va. — Gov. Kenneth Mapp is one of at least 200 state governors and legislators from 16 states, territories and commonwealths at the Greenbrier Resort for the 55th Annual Southern States Energy Board meeting.

One issue the governors will be discussing is the federal EPA’s Clean Power Plan that calls for a reduction in carbon emissions nationwide. Ken Nemath, executive director and secretary of the board, said southern states are expected to take a stance on the issue.

“Clearly, the states are very concerned about this regulation and about the impact that it will have on the South, principally because we are the energy producing region of the country,” Nemath said.

Nemath said because West Virginia and other southern states are coal-using regions, there will also be issues talked about revolving loss of jobs, economic development and things that can happen as a result of shutting down power plants.

“It’s very important for us to realize as we add diversity to the grid — we have coal, natural gas and nuclear power — that as we begin to add renewable resources, such as solar and wind to the grid, there’s a little different theme to that,” he said.

This year’s forum focuses on the role of the southern states in leading the nation toward international energy partnerships and technology deployment with the theme called “Producing America’s Energy and Power.”

Nemath said their mission is to enhance the South through innovations in energy and environmental policies.

“It’s going to become more and more complicated for us to survive as a nation we are today and that is a country that has 24 hour electricity 365 days a year,” he said.

The meetings are being held in the Chesapeake Room at the Greenbrier Resort.

The Greenbrier Resort has been called “the playground of Presidents” in the New York Times. 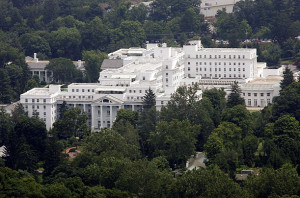 ATTACK OF THE SUPER LICE: What You Can Do To Keep Your Family Free From Biting Lice

PLUGGED IN? Mapp’s Energies Spent at ‘Playground of Presidents’ Resort