Miami Drug Case: If Colombian Cocaine Comes By Boat, It Goes Through VI or PR 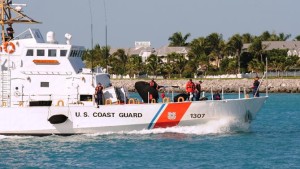 MIAMI – A federal grand jury indicted a Guatemalan on charges of conspiring with others in six Latin American countries to smuggle cocaine to the United States in April.

Just your typical drug case from the mean streets of South Florida – except in this case – instead of the defendant fighting extradition back to the United States — times are so bad in Guatemala — that the wanted man is willing to do something most won’t — surrender himself to U.S. authorities on his own acccord.

Nery Manfredo Natareno Chacón, 41, was initially listed in court records as a fugitive. But by Aug. 5, the court docket listed him as in custody. Natareno Chacón was arraigned two weeks later and pleaded not guilty.

The case began in January 2013 when federal investigators learned that Natareno Chacón allegedly conspired with others in Colombia, Venezuela, Ecuador, Honduras, Guatemala and Mexico to “distribute” cocaine that eventually would be smuggled into the United States. The indictment charged Natareno Chacón with two counts. One was a general one accusing him of conspiracy to distribute the cocaine in the six countries, drugs that later would be transported to the United States.

The indictment does not identify Natareno Chacón’s alleged accomplices and does not describe what role precisely he is accused of playing in the presumed conspiracy.

But experts who monitor tactics and strategies of international drug smugglers say cocaine loads are generally shipped to the United States via a series of complex steps that begin in Colombia.

Sometimes the boats depart from the Pacific coast of Colombia or Ecuador and then head north toward Central America or Mexico. They generally rendezvous with another boat, transfer bales containing the cocaine, then the second boat makes the final dash toward the Mexican or Central American coast. Other times, the cocaine is transshipped through Venezuela and flown to the United States or taken by boat to Puerto Rico or the Virgin Islands. For several years now, U.S. authorities have been targeting the tactics of Mexican, Central American and South American drug cartels with emphasis on the maritime routes they use in the Pacific, the Caribbean and the Atlantic.

Natareno Chacón’s attorney said he could not comment on the case.

Miami Drug Case: If Colombian Cocaine Comes By Boat, It Goes Through VI or PR