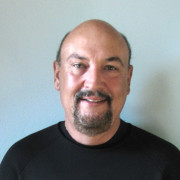 CHARLOTTE AMALIE – Every parent who sends their child off to college is aware of the fact that their child is likely to experiment with their own sexuality once they are away from home – if the child hasn’t already done so in high school.

But no parent expects that their child will have their first sexual encounter trying to ward off first-hand the unwanted sexual advances of the very professor charged with introducing their child to “higher learning.”

And that’s exactly the situation one unnamed University of the Virgin Islands student was faced with after their professor “sexted” them without permission, according to sources close to UVI.

“The University of the Virgin Islands neither confirms nor denies any allegations against [name withheld],” David Hall said through a spokeswoman. “The University does not comment on personnel matters. In June 2015, the UVI Board of Trustees approved an update of the University’s Sexual Harassment Policy, which was last updated in 2011. The new policy has been renamed the Sexual Misconduct Policy  and encompasses a broader scope of issues regarding sexual misconduct to meet national standards.”

After the incident first reported in the Spring of this year, the UVI offered to buy out the offending professor’s contract, but as the university at that time had no prohibition against faculty “sexting” students, the professor flat out refused to leave, the sources said, speaking on condition of anonymity.

The Virgin Islands Free Press asked UVI faculty member Doctor Glenn Metts was asked at random to comment on the scandal affecting the estimable UVI because he was a LinkedIn associate and here is what he told us:

“Have not heard anything about such activity at UVI,” Dr. Metts said.

However, Savannah, Georgia native Hall immediately snapped into action to make “sexting” forbidden following the incident when its elite shareholders met in secret “executive” session in March to discuss the issue. In June, the UVI formally approved making sexting against the rules for UVI staff, faculty and contractors.

The definition of “sexting:” send (someone) sexually explicit photographs or messages via cell phone. “older teens are more likely to engage in sexting than their younger counterparts”

Most American universities began to change their sexual assault guidelines last year after the U.S. Department of Education announced that it was investigating 55 colleges for mishandling sexual assault complaints, including Harvard, Princeton, and Dartmouth.

“But UVI had to be dragged kicking and screaming into the 21st Century, and only after the high-tech unwanted sexual advance was reported,” another source said. “Hall has learned from his good buddy Alex Moorhead of HOVENSA that there is no point disclosing anything to a clueless public unless subpeonaed in a court of law. And the good doctor has learned that lesson well.”

Asked if the University of the Virgin Islands has a zero tolerance policy against professors sexually abusing students, Hall told a Virgin Islands Free Press reporter in person “absolutely.” In a follow-up question Hall was asked if that meant that the UVI did not view “sexting” as sexual abuse because there were no consequences for the professor accused of the unwanted advance, the UVI president declined to answer any further questions.

“Dr. David Hall would rather that every staff member, faculty member and contractor stands accused of sexting rather than name the one person who is responsible,” another source said. “They are definitely closing ranks on this, just as when the U.S. Supreme Court shot down his Confederate Southern idea to ban certain types of speech on campus. In Savannah, there are no rules of consequence of any kind – what Dr. Hall doesn’t seem to realize is that he’s in America now – and that there are laws protecting Free Speech and against Sexual Harassment in the workplace. Yet and still he has made it clear by his lack of action that every student is fair game as far as he is concerned.”

The Virgin Islands Free Press was not able to learn from UVI if the professor was accused by the student of sending graphic pictures of his/her own genitalia to the student or simply used graphic sexual language or non-representative pornography with the student who brought the charges.

“In the last three years, there has been a major shift that has occurred nationally,” Hall told the V.I. Daily News. “A shift in the paradigm from expecting the alleged victim to prove that he or she resisted to the opposite, which is to have the person, alleged individual, who has committed the act to demonstrate that he or she provided consent.”

One source said that there is a sense among the faculty that the University of the Virgin Islands is “spiraling out of control” under the stewardship of Dr. Hall — especially because his stance during any crisis is to “stick his head in the sand and hope for it to just go away.”

“First you had the murder on campus at UVI on St. Thomas, then we had the scandal with UVI taking blood money from a St. Croix loan shark operation — now this,” the source said. “This is a massive cover-up underway and everyone knows that It is a public relations nightmare of catastrophic proportions. Dr. Hall understands PR the way Idi Amin understood diplomacy.” 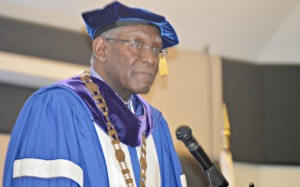 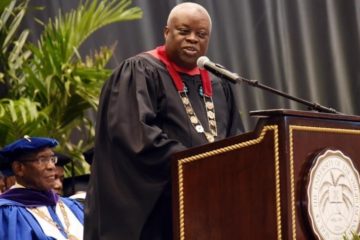 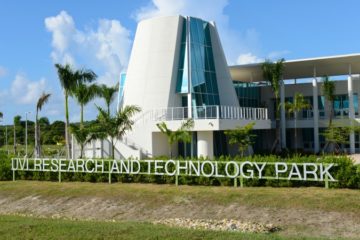 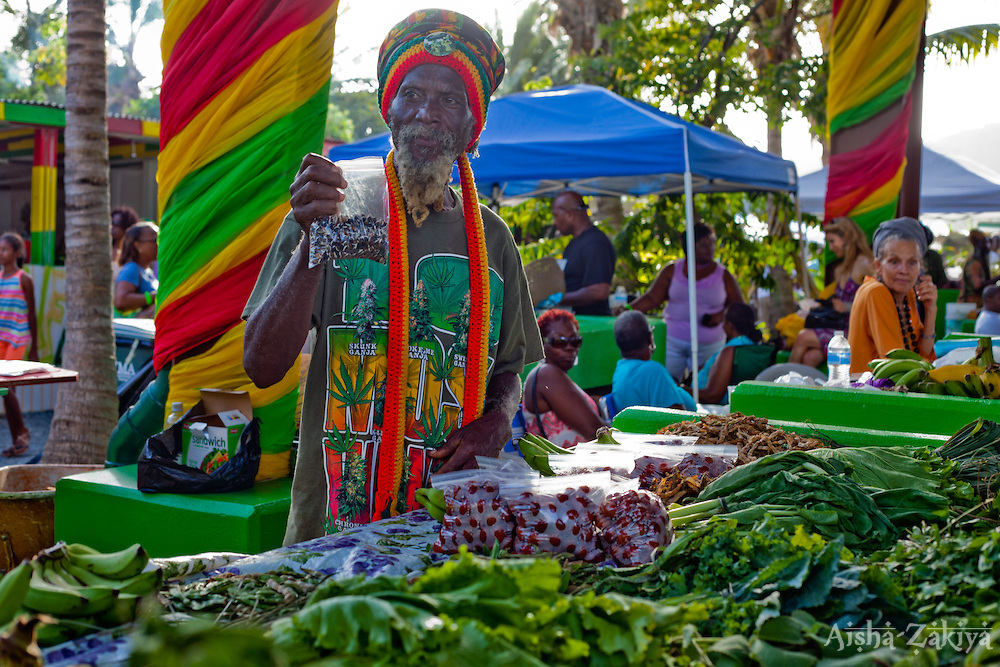 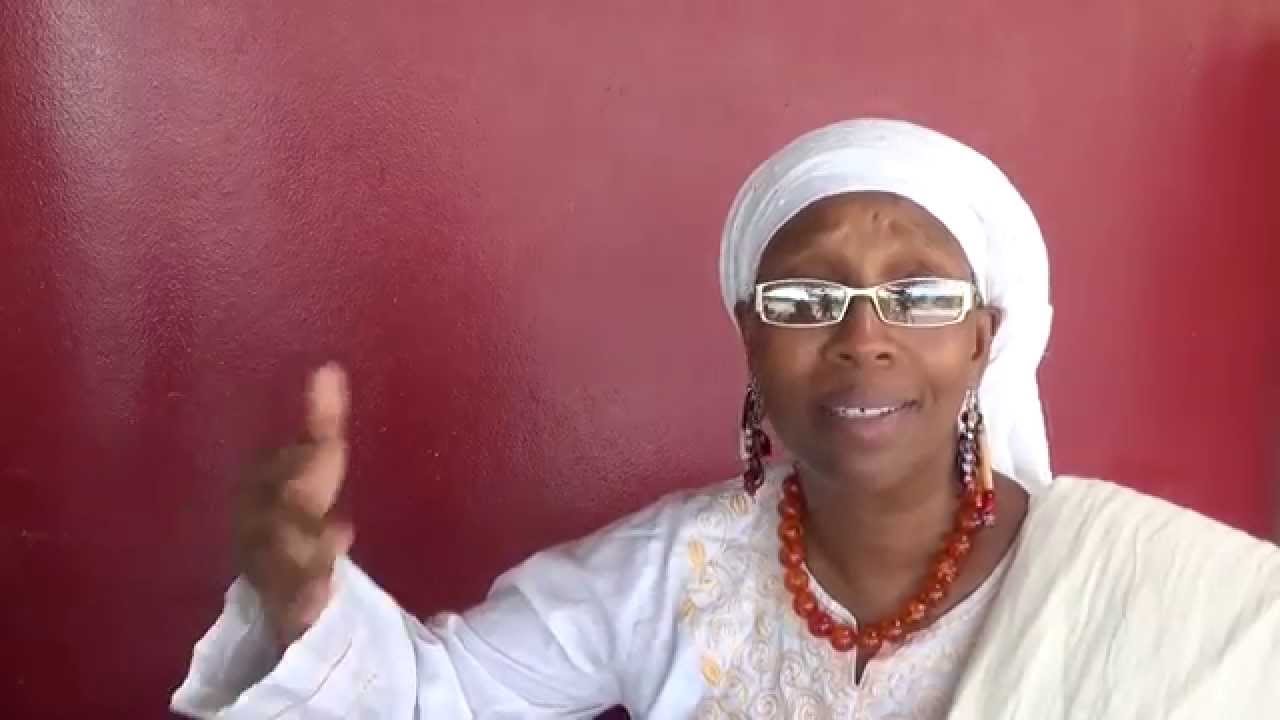