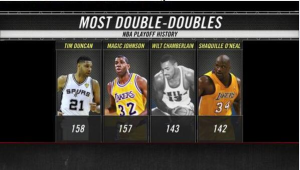 When the San Antonio Spurs‘ Tim Duncan finally decides to call it quits, he’ll undoubtedly be remembered as one of the best to ever play the game.

Among his laundry list of accomplishments, the future Hall of Famer is a five-time champion and a 15-time All-Star.

The 2015-16 season will be Duncan’s 19th in the league, and the 39-year-old is still going strong.  As he continues to cement his place in NBA history, Duncan will surpass several all-time greats in a number of statistical categories this year.

The most impressive milestone Duncan will likely soon achieve is to become fourth all-time in blocked shots.  For the moment, Duncan is sixth with 2,942 blocks, but he needs just 13 more to vault ahead of his former teammate David Robinson (2,954). 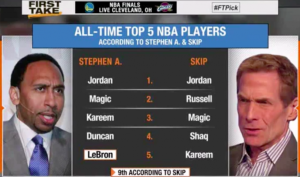