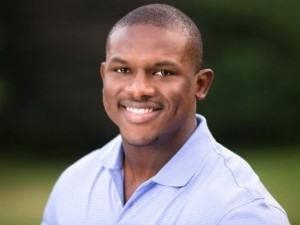 Weeks from graduating from Florida A&M University with a degree in engineering on a full-ride scholarship. Job offer at Pepsi’s Dallas plant in hand. A child on the way.

That all changed in 2007, when Morton, then 23, and his fellow Kappa Alpha Psi fraternity brother, Jason Harris, were the first two people sentenced under Florida’s tougher 2005 hazing law after an initiation beating that landed a pledge on a surgical table with a broken eardrum.

The stricter law made hazing that leads to serious bodily injury a felony, regardless of a victim’s consent. The two men, who had been viewed by many as models of FAMU’s student success, spent two years in prison before an appeals court overturned their convictions and freed them in 2009. They pleaded no contest to felony hazing and were sentenced to time served.

The law was applied again in the November, 2011, case of Champion, a drum major in The Marching 100, the marching band at FAMU. Champion was killed aboard the band’s parked bus after he reportedly participated in a brutal band initiation after the Florida Classic in Orlando, the annual football game between FAMU and traditional rival Bethune-Cookman University.

This month Jackson was sentenced to a four-year prison term for his role in Champion’s death. Martin, the ringleader, was sentenced to 6 1/2 years in January. Jesse Baskin served less than a year in county jail after pleading no contest to manslaughter charges.

The Orlando incident exposed the long-standing culture of hazing within the band, which was suspended for nearly two years. Champion’s death led to the resignation of then university president James H. Ammons and sanctions from the Southern Association of Colleges and Schools.

Now, almost a decade after his disgrace, 32-year-old Morton is taking his experience directly to college students during National Hazing Prevention Week to remind them what college is supposed to be about: education.

Next week, for the first time, he will speak publicly at the University of Illinois in Chicago and Dillard University in New Orleans about how hazing changed his life. Later this semester, Morton will return to FAMU to tell this generation of Rattlers about his experience.

“I’m sharing my hazing story, educating them about the dangers of hazing and how it cost me my future, empowering them and encouraging them to stay focused on their future,” said Morton, who completed his degree at FAMU after being released from prison and later earned a master’s degree at Rutgers University.

Morton, a Charlotte Amalie native who was the first in his family to go to college, missed the birth of his daughter, Nyla, and the entire first year of her life.

“I lost every single thing because I was participating in hazing,” he said.

It was, and still is, easy to get wrapped up in the social allure and the group-think in fraternities, sororities and other on campus organizations, where peer pressure causes otherwise-successful students to participate in hazing, Morton said. Sadly, students rarely hear the other side of hazing stories like his own, in which real people do real prison time.

“They don’t have another perspective saying, ‘Look guys. You don’t have to do this,'” said Morton, who was also the president of his fraternity at the time of his arrest. “Young people hear about it and they don’t think it’ll ever happen to them, but parents don’t send kids to college to go to prison, and you don’t send them there to die, either.”

Morton was hazed when he joined the Kappas, and pledges before him were hazed. A major problem is the tacit complicity with hazing by an organization’s current members and alumni, who glorify the “old days” and don’t speak up against it.

Morton’s speaking tour comes on the heels of a Sept. 14 announcement by Pennsylvania prosecutors that five fraternity members from New York’s Baruch College in Manhattan would face third-degree murder charges in the 2013 hazing death of 19-year-old Chun Hsien Deng. Another 32 members face other criminal charges in the freshman’s death.

In total, 15 former FAMU band members were charged in Champions’ death, most of them sentenced to lengthy probation terms or community service. On Friday, the university’s Board of Trustees settled a wrongful-death lawsuit with Champion’s family, agreeing to a $1.1 million payout, plus an apology.

Morton’s conviction served as a national litmus test for criminal in hazing deaths. Florida’s hazing law is regarded as one of the toughest in the country.

During Morton and Harris’ sentencing, Circuit Judge Kathleen Dekker made it clear that she wanted to set an example to discourage hazing.

“I want to save the victims who will quietly go along because they want to belong,” Dekker said at the end of the 2007 trial. “I hope that somebody out there says, ‘Those two guys, they got two years. Oh my God, it’s not worth it.”

That’s the same thing Morton thought. Seeing a death at FAMU a half-dozen years after a hazing scandal was troubling.

“At that point everyone thought we wouldn’t hear about this. And then it happened again,” he said. “I was disappointed because that was ground zero for how Florida said we’re going to treat hazing.”

According to national statistics, there has been at least one hazing death every year since 1969. Research done by the Novak Institute on Hazing at the University of Kentucky shows more than half of all college students involved in clubs, teams and organizations experience hazing but 95 percent of them don’t report it to campus officials.

Most universities and colleges have stringent hazing policies, including the University of West Florida.

If an allegation is made, Stubbs said the university’s Office of Student Rights and Responsibilities will coordinate an investigation, and if appropriate, bring charges for the students, the organization, or both.

UWF also works closely with chapter advisers and organizations’ headquarters in the case of fraternity or sorority-related violations. The university has 19 recognized fraternities and sororities, which had 819 members during the spring semester. A fall semester membership total was not available. However, Stubbs estimated that about 250 new members would join UWF’s Greek community this month.

In recognition of National Hazing Prevention Week — Sept. 21-25, several activities have been planned on campus.

On Monday, UWF will host a Social Media Challenge where students are encouraged to post a picture of their organization and tag UWFFSL using the hashtag #HazingStopsWithMe. “40 Answers to National Hazing Prevention,” an interactive discussion with Common Ground, will start at 7:30 p.m. Tuesday in the Commons Auditorium in Pensacola.

Stubbs also will host “Hazing with a Twist” at 7:30 p.m. Wednesday in the Commons Auditorium.

“We will be discussing new ways of thinking about hazing, borrowing approaches from other prevention efforts and social movements,” he said.

In 2013, in the wake of Champion’s death and the university facing scrutiny from accreditation officials, FAMU hired Bryan Smith as director of the university’s anti-hazing initiative and special assistant to the administration. On campus, students and faculty refer to him as the “hazing czar.”

Smith was tasked with addressing hazing within the student body and campus organizations and, since then, has taken a proactive approach. The university rolled out an online course for students, organizations and employees and a reporting hotline to which people can send tips anonymously if they choose.

Smith routinely holds seminars, and new students are required to sign an anti-hazing pledge laying out the state statute prior to being able to register for classes. He has even been to Leon County high schools to address the root of hazing, which often carries over from grade school.

“We found that was important because a lot of students who admitted to hazing knew about it or participated in hazing in high school,” Smith said. “So we wanted to broaden our approach.”

Smith, like Morton, said students get deeply wrapped up in the culture of hazing as a way to build camaraderie and maintain traditions without thinking about the repercussions.

‘No distinction between a hazer or hazee’

Most of the students who were around during Champion’s death and the resulting crisis at FAMU have graduated. Many wanted their association with the university linked to their academic accolades, not with the actions of a few.

While FAMU addressed hazing head on, the message to new generations of students is still fresh.

“The entire university suffered, and the family suffered,” Smith said. “So we’ve gotten to the point where we’ve learned from that incident and keep pushing and striving to get this message going.

“What we try to emphasize here is we’re zero tolerance and there is no distinction between a hazer or hazee.”

Morton now works in the leadership development program at Johnson & Johnson in New Jersey and was recently appointed to the FAMU-FSU College of Engineering advisory board. He spends time with his daughter, who is now 8 years old.

While he was in prison, one question kept coming to mind: “How did I get here?”

It took years of retrospection, he said, to realize he had allowed himself to be hazed and “in turn, passed the baton and hazed other people and paid the consequences.” 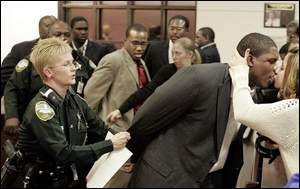 Couple Kidnapped At Knifepoint, Robbers Attempt to Rob The Man and Rape The Woman