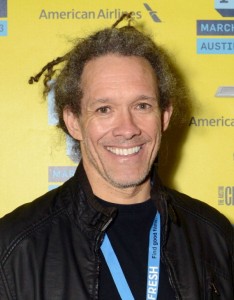 SAN ANTONIO – One brother is a two-time NBA MVP, the other an Emmy award-winning filmmaker. On Monday, their offices overlapped.

Scott Duncan set up shop at the Spurs practice facility on Monday, where he is directing the Spurs’ pre-game intro video for the 2015-16 season.

It was his first Spurs Media Day, while his brother Tim was taking part in his 19th.

“I’m coming into his workshop and setting up my own today,” Scott said. “It’s something we’ll remember for a while.”

Scott Duncan usually get updates on his brother from afar when he’s been filming in locations such as India, the Philippines and China. Some of his most famous work has been creating the credit sequences for the reality show “Survivor,” which premiered its 31st season last week.

Scott has also done plenty of sports videos from the World Cup to the Olympics. For the Spurs’ player introduction video, which will premiere at the newly renovated AT&T Center on Oct. 30 for the Spurs’ regular-season opener, Scott said he wanted to illustrate a theme of the Spurs as one team and one family.

As Tim went through a series of interviews with local and national media, his teammates were taking orders from another Duncan.

Amidst the frenzy of media day, with Tim answering a slew of questions about the new-look Spurs and new teammate LaMarcus Aldridge, the two brothers got to spend a few minutes working together.

Tim asked his brother about the teammates on his crew, the camera equipment, and for the first time Tim was the one asking questions at Spurs Media Day.

“I’m the older brother, so Tim will listen to me,” said Scott, who is nine years older than Tim. “He takes great direction.”

So how did one brother become a star whose work is known by millions around the world, while the other is Tim Duncan?

“Growing up, our family motto has been ‘get it done,’” Scott said. “I think that’s the thing. We enjoy life every day, but we work hard and love what we do. That’s why you see the type of competitor that Tim is.”

Around the Practice Facility

Spurs media day also meant the introduction for some new players since joining the team and a finalized training camp roster.

Forward David West said Aldridge signing with the Spurs was a large factor in his decision to join the team.

“I was already thinking about coming here and wanting to be a part of this environment that I’ve heard so much about,” West said. “For me, it was the right decision.”

NBA veteran Rasual Butler was added to the Spurs’ training camp roster, signing with the team on the morning of Media Day.

For more reading about Scott Duncan please click on the following link: 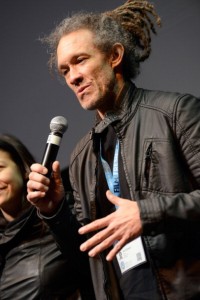 Royal Caribbean Tries To Combat Rapes Aboard Its Cruise Ships