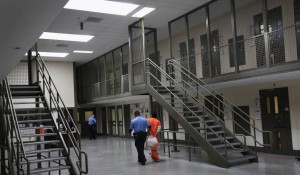 “The degree of civilization in a society can be judged by entering its prisons.” — Fyodor Dostoevsky

The ACLU calls the U.S. the largest jailer in the world, holding roughly 25 percent of the world’s prison population despite the fact that national population represents only 5 percent of the world’s. After a three-year decline in the incarcerated population that began in 2010—a hopeful counter to decades of growth—the number of people in prison in the United States increased again last year, according to a report released recently by the Bureau of Justice Statistics (BJS).

Nearly 22 percent of the world’s 10.2 million inmates, counting both pretrial detainees and sentenced prisoners, are being held in the U.S., according to the World Prison Population List.

The increase in incarcerated in 2013 came from an increase in state prisoners, which was mitigated slightly by a decline in federal prisoners, the first since 1980. At the same time the number of people in local jails and on probation decreased, contributing to an overall decrease, albeit of less than 1 percent, in the country’s correctional population.

The BJS released its findings just one day after the Death Penalty Information Center, a Washington, D.C.-based nonprofit released a report showing that in 2014, the U.S. had its lowest annual rate of executions in 20 years and the lowest number of death sentences given in four decades.

U.S. correctional population by the numbers, according to the BJS:

3.4%—The average annual increase in the female jail population since 2010, which represents the fastest-growing group within the correctional population.

2,830—The number of adults in the U.S. under correctional supervision per 100,000 U.S. adult residents, down from 2,870 per 100,000 in 2012. However, Lauren Glaze, one of the lead authors on the BJS report released Friday, says it’s important to recognize that half of that change is due to an increase in the number of residents in the U.S. rather than a decrease in rates of correctional supervision.

1 in 110—The number of adults in the U.S. who were in prison or jail during a one-day snapshot in 2013. One in 51 adults were on probation or parole. In total, one in 35 adults were under some sort of correctional supervision. 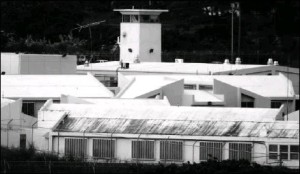