Which Caribbean Cricket League Is The Best? 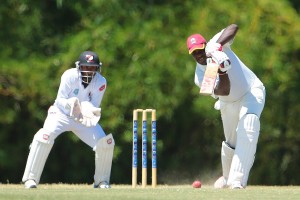 Conde Riley, head of the PCL Barbados franchise, maintained last week that at a time of global recession the economies of the mini-states of West Indies cricket simply could not properly sustain both. He attributed the PCL’s general failure to attract sponsors principally to competition from the strongly financed, marketed, promoted and staged CPL.

“The franchises have three more years to find investors or face collapse,” was his straightforward warning. “We know it is very difficult to get a buy-in [by sponsors], so we have to look at innovative ways of getting people involved, of getting financial assistance.”

The WICB’s original deadline was four years for its six PCL franchises to become self-sufficient. Until then, it would disburse US$45,000 to each to cover fees for players and coaches, general preparation of teams and the like. WICB president Dave Cameron has cautioned franchises that they must run their operations more efficiently or face the prospect of losing the monthly grant.

“The board has taken a decision that if franchises do not comply with the standard, there could be penalties, and the only penalties we could exact is the withholding of funds,” he said. If that is the case the PCL would be unlikely to survive in its planned form.

Other factors contribute to Riley’s analysis. Prospective investors have been turned off by the diminishing public interest in the Caribbean’s main sport, thanks to the glaring weaknesses in administration and playing standards. The premier first-class tournament has not had a title sponsor since Carib Beer withdrew in 2008. The six teams rarely had local financial backers, a situation that has not changed.

The CPL signed its 50-year agreement with the WICB in 2013, a year before the PCL was launched on a recommendation contained in director of cricket Richard Pybus’ comprehensive review of the organization of the domestic game. Backed by Digicel’s seemingly limitless financial resources, the CPL’s immediate, aggressive marketing and promotional packages contrasted starkly with the WICB’s understated introduction of its new-look franchise concept.

Prospective investors have been turned off by the diminishing public interest in the Caribbean’s main sport, thanks to the glaring weaknesses in administration and playing standards.

The PCL contracted 90 fully professional players; each team would retain ten home-based players, choosing the remaining five through a draft, a template from American sport. The tournament – which also includes the four-day domestic competition – also reverted to home-and-away matches for the first time since 2009; without a sponsor, the $1.1 million needed to underwrite it proved too costly.

Over its three seasons, the CPL owners, the Irish mobile phone giant, Digicel, have built on the boast of its initial figurehead, Ajmal Khan of the merchant bankers Verus International, that the intention was to make it “one of the most enviable franchises anywhere in the world.”

It mixed a quota of overseas players with West Indians in the six franchises. Among them were Caribbean stars from the IPL, seldom seen in regional cricket. Suddenly, Barbados Tridents and Guyana Amazon Warriors were being led by Trinidadians. Other squads were fully cosmopolitan, with West Indians, Pakistanis, South Africans, New Zealanders, Australians and Bangladeshis. England’s discarded superstar Kevin Pietersen added lustre to St Lucia Zouks.

And the whole extravaganza was T20, the game’s newest and most popular format, played mainly under lights, with matches completed within four hours and extensively televised (the CPL claimed 65 million viewers worldwide in 2014). It was a package that had sponsors falling over themselves in an effort to get on board, marked by the increasing involvement of Indian entrepreneurs, never slow to recognize an opportunity, among them new title holders Hero Motocorp.

The CPL’s owners claimed $166 million went into the relevant territories in the tournament’s second season; this, they said, was counterbalanced by expenses that sent the books into the red. According to the financial impact report by an established international sponsorship company, 217,176 spectators watched the matches and 65 million followed it globally through live television coverage.

For those who didn’t take them with a grain of salt, they were impressive figures.

Presenting the PCL, Cameron termed it “a revolutionary introduction into the West Indian cricket landscape.” He wrote to the players, advising them that the new full-time professionals would each have the potential to earn between $35,000 and $53,900 annually.

It was exciting news for the players, but seemingly not so for the ultra-cautious franchises, which baulked at upsetting a formula that had worked for more than 100 years. In its first season, all but one stuck exclusively to home-based players; in the circumstances, the WICB has mandated the inclusion of at least two outsiders in each team for the second season.

It was an attitude compounded by a lack of marketing and promotion of any kind leading into the tournament. It was anything but a “revolutionary introduction”. Against the flashy media advertising campaign, the prominent billboards, the fireworks and the fanfare of the CPL, it was an embarrassment, an opportunity lost.

The upshot was that the CPL played to mostly packed stands for its three years; in its first season, 2014-15, the attendances for PCL matches were paltry. Cameron appears unfazed by the disparity. The PCL, he notes, is another attempt by the WICB to provide players with more cricket and more financial stability. He is confident its impact will be evident three or four years down the line.

At their meeting in Antigua last weekend, WICB directors agreed on a new commercial strategy. Two goals are to “increase revenue” and “create a cost-effective marketing platform that delivers commercial partners.”  Acknowledging that such an undertaking is beyond its limited capabilities, the board quickly signed on the London-based Pitch International sports marketing agency as its “exclusive commercial consultant.”

It is a demanding challenge likely to determine the future of the WICB’s new venture. Conde Riley is not the only one skeptical of its success — given the present circumstances.

Which Caribbean Cricket League Is The Best?