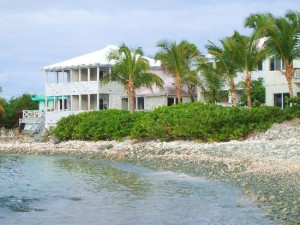 CRUZ BAY – A woman walking alone along the side of the road at night said when four men drove up alongside her in St. John and displayed a gun, she offered them $50 to go away and they did, according to the Virgin Islands Police Department.

Police were dispatched to the Battery Hill area of Cruz Bay on Saturday at 9:09 p.m. after a robbery was reported, the VIPD said.

The woman told police she was walking along Frank Bay Road near Coconut Coast Villas in Turner Bay about 8:35 p.m. when a red Jeep Liberty containing the men pulled up alongside her.

As the Jeep came to a stop, one of the men jumped out of the vehicle wearing a black ski mask and brandishing what appeared to be a black handgun, the woman told police.

The woman asked the man with the gun if he wanted money and he said: “yes,” according to police. She then handed the man a $50.00 bill.

The other three men never left the vehicle as the unknown masked man got back into the Jeep Liberty and the four drove away at a high rate of speed towards Cruz Bay, police said.

The woman was not harmed during the incident and was unable to provide any other description of the suspects or their vehicle, according to police.