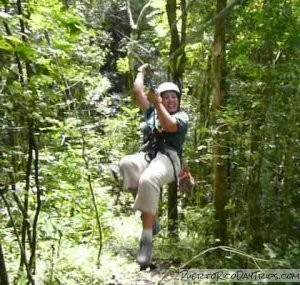 SAN JUAN – A 56-year-old cruise ship passenger from New Mexico has died after falling from a zip line in Puerto Rico, police said Tuesday, prompting calls for greater oversight of adventure tours in the U.S. commonwealth.

Police said Marsha Boekeloo fell 20 feet from the line at the Hacienda Campo Rico just east of the capital of San Juan. The death occurred Oct. 15, but police released information on it for the first time Tuesday.

A manager at the Maurices clothing store where the victim worked in Rio Rancho, New Mexico, confirmed her identity but declined to give her name and company officials did not return messages for comment.

Police said Boekeloo could not move her legs and complained of chest pain after falling. She died at a hospital hours later.

The tour was organized by Ecoquest Adventures & Tours, a San Juan-based tour company that specializes in zip lining, rappelling and hiking, among other things. Owner Ivan Purcell said that the park will remain closed until an independent investigation into the death is finalized.

“We are in communication with the woman’s family,” he said, and denied police reports that the company delaying reporting the death.

Boekeloo was visiting Puerto Rico as a cruise ship passenger and was part of a group of 24 people that visited the park, Purcell said.

He said the park was certified by the Illinois-based Association for Challenge Course Technology and said all tour guides are trained in first aid, rescue and risk management. He said the park is inspected regularly by the guides.

James Borishade, executive director of the Association for Challenge Course Technology, said in a phone interview that Purcell’s membership with the association expired last year. He said adventure parks are supposed to have a thorough, third-party inspection every year, but that there is no agency to ensure the inspections actually occur.

“It’s a self-regulating industry in many areas,” he said.

A handful of U.S. states have government oversight of such adventure parks, but it’s not the norm, Borishade said.

In Puerto Rico, some legislators are calling for government regulation of adventure tours or parks that are becoming popular across the island. Representative Urayoan Hernandez filed such a bill last year, but the measure was shelved.

“This can’t happen again,” he said in a telephone interview. “We need to ensure people’s safety and prevent the construction of adventure parks without any type of regulation.”

Injuries from zip line accidents have spiked across the U.S., according to a study published this month in the American Journal of Emergency Medicine.

Nearly 17,000 people were treated for injuries from 1997 to 2012, a majority of them during the study’s last four years. More than 200 commercial zip lines operate across the U.S., along with thousands more amateur lines. 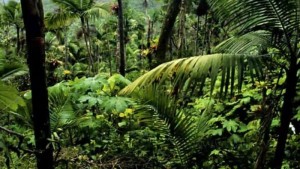 El Yunque rainforest is the site of one zip line tour.