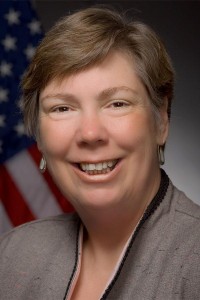 CHARLOTTE AMALIE – Nearly $5 million that the U.S. Environmental Protection Agency was holding in abeyance until the V.I. Department of Planning and Natural Resources did a better job routinely testing air and water quality in the territory will now be released, according to Government House.

Gov. Kenneth Mapp said he was told in New York that EPA Regional Director Judith Enck was willing to release $4,712,647.73 to the Department of Finance covering fiscal years prior to FY 2015, Government House said.

The funds had been the subject of a scathing federal audit report, where the Federal Inspector General recommended that the EPA end its programs and funding with the Department of Planning and Natural Resources. Many of the funds that were the subject of the report and held from the local government date back to fiscal year 2011.

“I want to acknowledge and thank the Department of Finance, the Office of Management and Budget and the Environmental Protection Agency for assisting DPNR with reaching this milestone,” Henry said.

The governor thanked Enck for allowing the EPA funds to be released to the territory.

“I am pleased with our continuing progress as we improve our working relationship with our federal partners, Mapp said. “I thank the EPA Regional Director for her assistance and cooperation in releasing these much needed and long overdue funds to the treasury of the Government of the Virgin Islands.”

The chief executive said his administration will continue to pursue the federal dollars the territory is eligible for.

“Millions of federal dollars remain available to the people of the Virgin Islands spanning many vital programs; health, education, protection of the environment, infrastructure improvements to name a few,” he said. “My administration is committed to pursuing these dollars and to spend them in the territory for the purposes they are intended.”