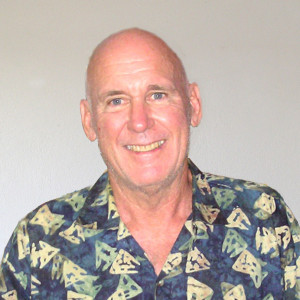 CHRISTIANSTED – A collection of slavery records available over the Internet could help thousands of people trace their families back to Africa through St. Croix, which is a former slave-trading hub in the Caribbean.

The records, which went online at ancestry.com, already have helped Susan Samuel of Houston discover the story of an ancestor who was freed after persuading officials that she had been illegally sold into slavery.

“Even though she came from a very horrible situation, she decided not to be defined by it,” Samuel said of her great- great-great-great-grandmother Venus Johannes, who was captured as a 12-year-old girl in what is now Senegal in West Africa.

More than 50,000 enslaved Africans were taken to St. Croix during the island’s Danish colonial rule, said George Tyson, who led a seven-year effort to gather documents from archives in the Virgin Islands, Washington and Copenhagen.

Many of the slaves spent their lives toiling on the island’s sugar plantations. Others continued on to slavery in such places as Cuba or the United States, which bought the Virgin Islands from Denmark in 1917.

“St. Croix was an important slave center for a long time, but maybe because people don’t know Denmark, it hasn’t gotten the attention it ought to,” he said.

Family researchers have aggressively pursued information for years about the slave trade in St. Croix, an island where most residents are descended from slaves. A local group, the Virgin Islands Social History Associates, sought out the documents to build on that work and learn more about how slaves lived, said Tyson, the group’s president.

The records will be searchable for a fee through ancestry.com, a subscription-based Web site that provided some financing for the researchers. Tyson said his non-profit group plans to eventually make the records available for free on a Web site it is working on.

Johannes’ story comes partly from an account she gave to authorities that helped persuade them to free her.

After marrying an American sea captain on Goree Island, a holding area for slaves off the African coast, she agreed to join him on a voyage to the New World with the understanding she could later return. But he sold her off as a domestic servant to an American woman as soon as they reached St. Croix.

“Whatever passion was in the relationship did not overcome the issue that the captain wanted to get some money,” Tyson said.

Johannes won her freedom in 1815 after three decades in slavery, Tyson said. She had remarried by then and borne four children. A slave uprising on St. Croix led the colonial governor to finally ban slavery across the Danish West Indies in 1848.

Samuel, a 62-year-old aide to mental health patients in Houston, said she felt in awe of her ancestor this week while touring the overgrown ruins of colonial buildings on St. Croix, the largest of the three islands in the now U.S. territory.

The documents, spanning from 1734 to 1917, include shipping records with names and prices of enslaved Africans and property inventories. Among the most useful pieces are interviews conducted by the Moravian church, which, upon converting Africans, recorded their place of origin, Tyson said.

The collection has more than 700,000 records. Some of the physical documents are available in St. Croix. Others were scanned in foreign capitals by researchers who brought copies back to feed the database of the historical group’s St. Croix African Roots Project.

Tyson said some islanders who helped enter data found an emotional resonance while recording information on the long-ago slaves who were forced to come to St. Croix.

“Even if they are not related they are spiritually connected because of what they had to endure,” he said.