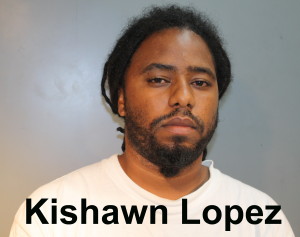 FREDERIKSTED – A 27-year-old St. Croix man pulled over by police for driving erratically ended the traffic stop abruptly by speeding off and concluded with him discharging a firearm in the direction of police after his own car became disabled on Sunday, according to the Virgin Islands Police Department.

Kishawn Lopez of Estate William’s Delight was arrested at 9:34 p.m. Sunday and charged with first-degree reckless endangerment, the VIPD said.

While on patrol, police saw a vehicle driving erratically as it traveled West on the Queen Mary Highway (Centerline Road). The police then stopped the vehicle near on West Airport Road.

While conducting the traffic stop, police asked the man – later identified as Lopez – to stop talking on his mobile phone, according to police.

Lopez then suddenly sped off at a high rate of speed and the patrol car followed the vehicle at a distance, police said. As police pursued vehicle, Lopez damaged the undercarriage of his vehicle, causing it to leak oil.

Lopez’s vehicle eventually became disabled in the Mt. Pleasant-West area and as the patrol car approached, he got out of the vehicle and discharged at least one gunshot at the officers, before fleeing the area on foot, according to police.

An investigation of the vehicle’s registration showed that it was registered to a woman who would later be identified as being Lopez’s girlfriend, police said. Officers made several checks of the address associated with the vehicle registration and eventually observed him at the girlfriend’s house where he was taken into custody.

Bail for Lopez was set at $10,000.00. Unable to post bail, he was remanded to the Bureau of Corrections pending an Advice of Rights hearing.

Alert Police In Pursuit of One Suspect, Arrest Another On Gun Charge 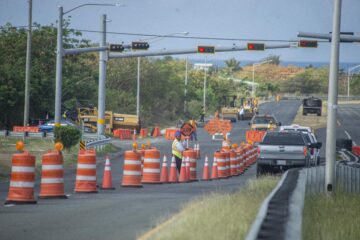