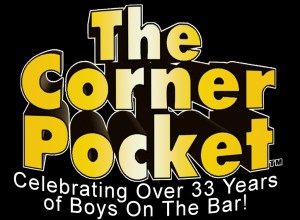 MID-ISLAND ST. CROIX – A 30-year-old man was shot in the back during a robbery attempt at a popular nightclub that was the site of a previous violent incident three months ago.

Police received a report of a shooting incident at the Corner Pocket Nightclub in Estate La Reine at 3:45 a.m. Sunday, according to the Virgin Islands Police Department.

The man, who was not identified by police, sustained a gunshot wound to the back, injuring his kidney and exited his abdomen.

According to a preliminary investigation, the man was shot inside of the nightclub, after a struggle with someone who had stuck a gun into his back and demanded that he turnover his personal belongings and cash.

The injured man was taken to the Juan F. Luis Hospital and Medical Center for treatment.

On July 25, a 42-year-old man was stabbed in the stomach early Saturday morning but has refused to tell police who stabbed him and why, according to the Virgin Islands Police Department.

Police said they received a 911 Emergency Call Center report of a male individual at the Corner Pocket Nightclub with a stab wound to his stomach at 2:09 a.m. Saturday, the VIPD said.

The man injured man was transported to the Juan F. Luis Hospital and Medical Center Emergency Room for treatment, police said. An investigation into the matter was hampered by the victim’s unwillingness to cooperate with authorities, police said.

Detectives are continuing their investigation into the stabbing, according to police.

Traveling on The East Coast? Beware The Curry Chicken Salad

BEST BOONDOGGLE YET! Mapp, Senators, Cabinet Members Enjoy The Good Life in Tortola While The Territory Suffers Through Rampant Crime And High Unemployment