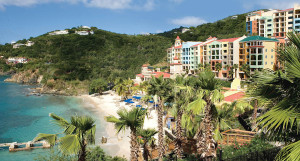 “The northern part of our region is enjoying strong performance while the southern is faced with an economic slowdown, caused largely by the downfall of commodity prices and consequent devaluation;” said Laurent de Kousemaeker, Chief Development Officer of the Caribbean and Latin America for Marriott, “Notwithstanding, there remains a strong opportunity for quality brand experiences in the sector, and savvy investors with a long-term perspective are taking advantage of the reduced price of assets, land and construction to acquire, develop and brand hotels.”

Marriott has 93 hotels open today and more than 60 hotels under development in the Caribbean and Latin America, including 11 new hotels across 6 cities in Brazil.  Marriott has plans to invest approximately $400 million Brazilian Reais (U.S. $100 million) in Brazil to launch 4 of its modern essential brands: Courtyard by Marriott, Residence Inn by Marriott and Fairfield Inn by Marriott and AC by Marriott.  Seven of these eleven planned hotels are already under construction, which will be owned by Marriott or Brazilian partners.  Over time, Marriott expects to sell its owned hotel assets, retaining long term management agreements.

“Brazil’s economy, while it confronts structural and policy challenges, is still in the top 8 largest economies in the world and has excellent long term prospects,” said Sheldon, who was named President of Marriott’s Caribbean and Latin American region in May. “The lack of reliable domestic hotel product and services represents a large opportunity for our moderate-tier brands, which we have adapted to the tastes of the Brazilian travelers – providing them both value and options.”

“In 2015 our company’s theme in the region has been ‘crossing new borders‘ as we open hotels in exiting developing markets like Haiti and Guyana,” Sheldon said. “The large middle class throughout the region is eager to travel to new places and do business on the road. This, when combined with the strong performance and preference of our brands in the gateway markets, provides tremendous opportunity for Marriott’s world class brands and service.”