KINGSHILL — Police said over the weekend that they are investigating a complaint from a man who said that he was robbed and assaulted while working in a St. Croix housing community.

The man told police he was working on an apartment in Candido Guadalupe Terrace at 9:33 a.m. on Wednesday when a man came up behind him and placed a hard object to the back of his head.

The robber, who was unknown to the worker, demanded money and a gold chain from the worker. The worker said that he was pistol-whipped to the head several times by the robber.

The worker got into a physical fight with the robber, at which time the robber threatened to shoot the worker. The robber then ripped the gold chain off of the worker’s neck and ran away.

The worker sustained a cut to the back of the head, but declined medical attention. Police said he did not give them a description of the robber.

Anyone with information concerning this incident should call 911 or the anonymous tip service, Crime Stoppers USVI, at 1-800-222-8477.

The Candido Guadalupe Terrace is managed by the Virgin Islands Housing Authority (VIHA). The VIHA is run by executive director Robert Graham. 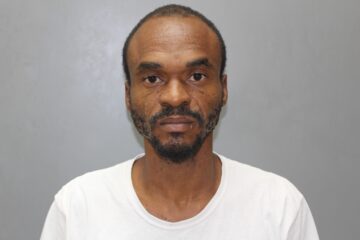