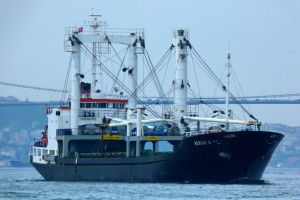 SAN JUAN — U.S. Coast Guard rescue teams are combing the Atlantic Ocean near Puerto Rico in search of a Chilean man reported missing from a cargo vessel traveling through our region.

Coast Guard officials say the missing man was identified as Luis Leyva Aliaga, 62, a first engineer aboard the Chilean-flagged Berkay N ship. He was last seen about 11 p.m. Wednesday.

The crew reported him missing Thursday after he did not show up for his scheduled 4 a.m. assignment.

A Coast Guard cutter and helicopters set off on their search at 5:20 a.m. in an area about 45 nautical miles north of Puerto Rico, between San Juan and Aguadilla.

It is where the man was believed to have gone overboard. The ship was en route from Gibraltar to Cuba.

Report: Rare Form of Chikungunya Can Cause Fatal Brain Infection