Home prices have risen sharply, but not enough to trigger an increase in the maximum loan that can be purchased or guaranteed by Fannie Mae and Freddie Mac next year.

The baseline conforming loan limit will remain at $417,000 in 2016 for the 11th straight year, the Federal Housing Finance Agency announced Wednesday. This limit applies to one-unit homes in most parts of the contiguous United States. The limit is 50 percent higher — $625,500 — in the Virgin Islands, Alaska, Hawaii and Guam.

The agency said Wednesday that the home price index it uses to set the Fannie-Freddie loan limit rose 5.8 percent over the past year. So why didn’t the limit go up?

Every November, the agency announces the limit for the next year, based on the change in a home price index for the third quarter compared to the previous year’s third quarter.

This year, the agency started using an index known as the expanded-data HPI.

The index for this year’s third quarter was 207.05. That was up 5.8 percent from last year, but still below the level needed to trigger an increase in the Fannie-Freddie limits except in 39 high-cost counties (including Napa and Sonoma) that had been below the $625,500 maximum.

Fannie and Freddie have recently introduced 3-percent-down loans, but not all lenders are willing to make them.
On a jumbo loan, most lenders still require a 20 percent down payment, although some will go down to 10 percent.

Another alternative is to get a first mortgage up to the Fannie-Freddie limit and a second (a.k.a. piggyback) mortgage for up to 10 percent of the purchase price, but many lenders won’t do this.

In a press release Wednesday, the California Association of Realtors said that freezing the limit “will hurt California’s housing market, further exacerbating housing affordability and preventing tens of thousands of California home buyers from a chance at homeownership.”

But Ed Pinto, a resident fellow with the American Enterprise Institute, said raising the limit in a seller’s market like we have now would translate into higher home prices.

“If you increase demand by making financing easier… the reaction by sellers is to raise prices over time. In a buyer’s market, that doesn’t happen.”
Guy Cecala, publisher of Inside Mortgage Finance, said the agency was right to hold the basic limit at $417,00 because “home prices are generally not where they were in 2006. Plus, $417,000 still buys a lot of house in most parts of the country.

But he does see a problem with the way limits are set in high-cost areas. “It’s not clear that the regional loan limits have been applied equitably. A case could be made that most, if not all, of California should be at $625,500, and that’s not the case.”

He pointed out that Boston is one of the hottest housing markets and rivals Washington, D.C. price-wise. But the conforming-loan limit in Boston area is only $523,250 versus $625,500 in the District of Columbia. To see limits for all counties, go to http://1.usa.gov/1MDeFZX.

The 2016 limits for Federal Housing Administration loans will be announced in the next week or two. 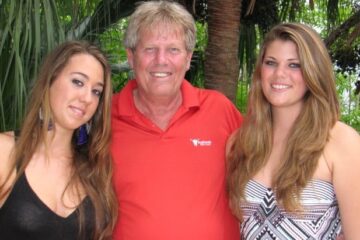