CHARLOTTE AMALIE – The Virgin Islands Police Department reported four people on St. Thomas were arrested on charges ranging from drunk driving to assault over the weekend.

Robert Johnson, 40, of Mountain Top was arrested at 5:51 p.m. Saturday at the Traffic Bureau and charged with driving under the influence (DUI). Unable to perform a standardized field sobriety test, Johnson was arrested for being involved in an auto collision that took place on Emile Francis Drive. Bail for Johnson was set at $500.00 by Order of the Court. No one was reported injured in the incident.

Elma Weekes, 57, was arrested at the Traffic Bureau at 5:59 p.m. Saturday and charged with driving under the influence (DUI). Weekes refused to perform the standardized field sobriety test, and was arrested for being involved in an auto collision that took place in the vicinity of Lindberg Bay. Bail for Weekes was set at $500.00 by Order of the Court. No one was reported injured in the incident.

Damien Hendrickson, 30, and Kimberly Clayton, 33, of Estate Fortuna were arrested on Monday at 8:09 a.m. and charged with third-degree Assault. Hendrickson and Clayton were arrested after they allegedly assaulted and battered their landlord with an aluminum rod. Bail was set atn$25,000 each. They were remanded to the Bureau of Corrections pending an Advice of Rights hearing. 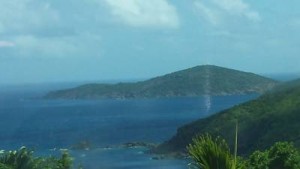