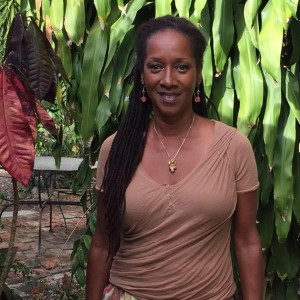 CHICAGO – A group of American citizens, including several veterans of the U.S. Armed Forces, now living in the Virgin Islands, Puerto Rico, Guam, Puerto Rico and other U.S. territories, have challenged state and federal laws allowing citizens residing in certain U.S. territories the right to vote absentee in presidential and congressional elections, while denying that right to those residing in other territories, violates their rights.

In the complaint filed Nov. 10 in federal court in Chicago, the plaintiffs have asked the court to declare provisions of the federal Uniformed and Overseas Citizens Absentee Voting Act and the related Illinois Military and Overseas Voter Empowerment law, which govern absentee voting for citizens living in U.S. territories, violate the Fifth and Fourteenth amendments of the U.S. Constitution, as they discriminate “among former Illinois residents living overseas outside the States.”

Specifically, the complaint alleged the laws discriminate by granting citizens who formerly lived in Illinois the right to vote by absentee ballot for president and in U.S. House and Senate races if they live in the Northern Mariana Islands, American Samoa or in a foreign country, but don’t grant similar rights and privileges to similar people living in the Virgin Islands, Puerto Rico or Guam.

The individual plaintiffs are joined in the action by two organizational plaintiffs, including: the Irag Afghanistan and Persian Gulf Veterans of the Pacific, which represents veterans of recent conflicts in the Middle East and Central Asia who now live in Guam, the Marianas and the Federated States of Micronesia; and the League of Women Voters of the Virgin Islands.

Named defendants in the action include the United States government; the Board of Election Commissioners for the city of Chicago; the Rock Island County Clerk’s office; the Federal Voting Assistance Program; and various individuals in leadership in those governments and agencies.

The plaintiffs are represented in the action by attorneys Charles F. Smith and Lara A. Flath, of Chicago; Geoffrey M. Wyatt, Michael McIntosh, Marisa B. Van Saanen and W. Graham McCall, of Washington, D.C.; Neil C. Weare, of the We the People Project, of Washington, D.C.; Leevin T. Camacho, of Guam; the Rivera Marin & Talavera Law Offices, of Hato Rey, Puerto Rico; and the Law Offices of K.A. Rames, of St. Croix, Virgin Islands.

The case centers on the federal UOCAVA law, enacted in 1986 to “facilitate absentee voting by U.S. citizens, both military and civilian, who are overseas.”

The allows citizens who formerly resided in a state, such as Illinois, and voted in both presidential and congressional elections while they lived in those states, continue to exercise those voting rights by absentee ballot when they move to a foreign country or to the territories of Samoa or the NMI. However, the law’s definitions do not extend those same protections, rights and privileges to citizens and former residents of states who have moved to Puerto Rico, the Virgin Islands or Guam.

“The effect of UOCAVA’s statutory language is to protect the right to vote for President and voting representation in the U.S. House and Senate for certain U.S. citizens who move outside the States, but not for others, drawing lines even between U.S. citizens based on the particular overseas territory in which they reside,” the lawsuit said.

The Illinois MOVE law, which mirrors the federal law, accomplishes the same result, the plaintiffs said.

The plaintiffs said lawmakers have never explained why the alleged disparate treatment exists within the laws. But, they said, that should be of little consequence, as “even if some justification had been offered for such disparate treatment, it could not pass constitutional muster under any standard of review,” the plaintiffs’ complaint said.

They have asked the court to order the defendant organizations to accept absentee applications in the 2016 federal elections, and award attorneys’ fees and costs.