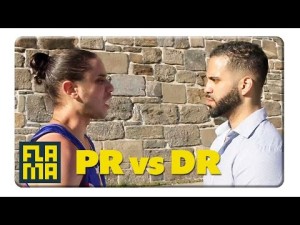 MIAMI — An undocumented immigrant from the Dominican Republic has pleaded guilty in a case in which he falsely claimed to be a citizen to obtain a U.S. passport and a Florida driver license, court records show.

Rodolfo Martínez, 36, has not been sentenced, but plea agreement documents indicate that upon completion of his sentence he may be required to surrender to immigration authorities for deportation.

The case is only the latest in a string of similar incidents involving the illegal use of Puerto Rican birth certificates obtained by undocumented foreign nationals to pose as U.S. citizens.

For years, Puerto Rican birth certificates have been a hot commodity among undocumented immigrants because, to many, they represent instant adjustment to U.S. citizenship.

While Puerto Rico invalidated previous birth certificates in 2010, as a way to combat the illicit sale of the documents to foreign nationals, the fraud cases continue to emerge.

It is not clear how, when or where Martínez obtained the Puerto Rican birth certificate that enabled him to pose as a U.S. citizen.

But from the facts in the case, it’s possible that Martínez obtained the Puerto Rican birth certificate before the 2010 measure that invalidated old certificates.

According to court records, Martínez was discovered in March 2010 when he appeared at a child support hearing in Orlando and provided a name other than Rodolfo Martinez.

The court records only identify the name he provided by the initials R.C. Other records in the case show that Rodolfo Martínez has also used various names including Ramón Concepción and Raymond Concepión.

During the hearing, court records show, R.C. claimed he had been born in Puerto Rico but contradicted himself at one point when he offered as evidence of his background a birth certificate from the Dominican Republic and an ID card in the name of Rodolfo Martínez from a high school in New York City.

These discrepancies first drew the attention of local authorities in Orlando and then of the State Department’s Diplomatic Security Service (DDS).

Investigators later learned that as far back as 2008, the defendant obtained a U.S. passport by using the Puerto Rican birth certificate, according to the court records.

The records also show that Martínez used the passport to travel to the Dominican Republic in December 2010.

Investigators ultimately tracked down the real Puerto Rican R.C. after he was released from prison in February on the island.