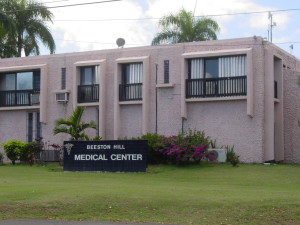 TAMPA — Memories of his last hours in Cuba come to Don Perez like a slide show with missing frames.

He has a mental image of a giant glass wall in the airport in Havana. Six at the time, Perez stood on one side and his parents on the other. They pushed hands against each side of the glass as they said goodbye, wondering if they would ever see one other again.

Next he remembers the walk to the plane that took him and his brothers to Miami. Perez held the shaking hand of his younger brother Ben, 4, while a family friend carried the youngest, 3-year-old Charlie, his face stained with tears.

That’s where the memories end from the day that changed his life.

“I think I forget because of the trauma,” said Perez, now 60. “To leave your parents at that age for a new country was scary.”

The Perez brothers were among more than 14,000 unaccompanied Cuban children whose parents had them airlifted to the U.S. between December 1960 and October 1962 after Fidel Castro rose to power and embraced communism.

This massive exodus of children became known as “Operation Pedro Pan,” named after the leader of orphaned boys in the classic children’s story by Scottish author J.M. Barrie.

Don and Ben Perez will join other “Pedro Pan Kids” for a panel discussion at the Tampa Bay History Center on Nov. 18, marking the 55th anniversary of the operation. The discussion begins at 6 p.m. and admission is free with registration at the center’s website or by calling (813) 228-0097.

The Perez brothers remember little about their life in Cuba, though they learned through stories passed on by their parents about the campaign mounted to get them out of the communist nation. They also know how the distinction of Pedro Pan Kid has shaped their lives.

“I get chills when I talk of the Pedro Pan Kids,” said Ben Perez, 58, surrounded by his brother Don and sister Maggie Perez, 56, at the Perez Eye Center in Tampa. “It’s not just because of my experiences but also because of what so many kids went through.”

The brothers are doctors and Maggie is manager of the business. Brother John Charles Perez, 57, is a nephrology doctor at the Beeston Hill Medical Center in St. Croix.

Half the Pedro Pan children were placed in foster homes and institutions in some 35 states as they waited and hoped their parents would find a way out of Cuba. Many were sexually and physically abused, according to news reports. Hundreds never did reunite with their families.

The Perez brothers were among the lucky.

They had cousins living in Miami who could care for them when they arrived in November 1961.

Many doctors from Cuba were precluded from practicing medicine in the U.S. because their degrees were from another country, but Diego Perez had completed a residency then went to work at Tampa’s Centro Español Hospital. He had a job waiting for him there. Far from affluent, the family at least had a comfortable life in Tampa.

Still, for Don and Ben Perez, the missing images from their exodus haunt them.

“You don’t forget that feeling of fear and being overwhelmed,” Don said.

The Perez children enjoyed a well-to-do upbringing in Cuba. Their parents owned a nice car and large home and employed a chauffeur and a staff of maids.

Their father was so beloved that on Cuba’s National Doctor Day every Dec. 3, his office looked like a living room on Christmas morning.

“That was always an exciting day for us,” Ben Perez said. “Our parents would dress us up to look like our dad and we’d watch proudly as his patients brought him presents.”

One of the last photos of the Perez brothers with their father in Cuba was on Doctor’s Day 1960. Eleven months later, they left the island nation and have never returned.

Operation Pedro Pan was rooted in fear and designed to counter what many Cubans saw as an effort to keep children from growing up enemies of the ruling communist state.

“Future generations would be born in communism and it would be all they knew,” Don Perez said. “But those children already in Cuba who lost everything could remember that life was better before communism. So they wanted to separate us from our families, indoctrinate us and then return us to regular society when we were older and ready to serve the government.”

According to the book “Operation Pedro Pan” by Yvonne Conde, these fears took shape in the expulsion of some students with anti-Communist leanings and the shipment of other students to Moscow to attend the new Peoples’ Friendship University of Russia.

The Rev. Bryan O’Walsh, director of the Catholic Welfare Bureau, was inspired to help Cuban youth when he met a 15-year-old boy seeking food and shelter after his parents sent him alone from Cuba to Miami in the 1960s to avoid communist indoctrination.

O’Walsh successfully lobbied the U.S. State Department to issue unlimited visa waivers — meaning the bearer did not need individual approval to enter the U.S. — for children 16 or younger from Cuba.

These documents were then smuggled into the island nation, enabling the Pedro Pan children to make the trip to the U.S. on commercial airlines.

“People were desperate to get out of Cuba, and if they couldn’t, they at least wanted their children to get out before they could be indoctrinated by communism,” said Rodney Kite-Powell, curator of the Tampa Bay History Center. “They wanted their kids to have a future they didn’t believe would exist in the new Cuba.”

In mid-1961, patriarch Diego Perez successfully treated a child patient who nearly died from a ruptured appendix. Out of gratitude, the child’s father used his connections to obtain visa waivers for the Perez family.

But he could get only three.

The family decided the boys would make the trip since sister Maggie was still a newborn.

The oldest at 5, Don Perez was put in charge.
Perez matriarch Margarita instructed Don never to speak of his coming trip to the U.S. in front of the maids, worried they would think the Perezes were revolutionaries and would inform the Cuban government. When they did talk, it was on walks along isolated roads.

Margarita tried to encourage him by calling the exodus his rite of passage to manhood. His grandfather, she taught him, had to flee his native Spain as a boy without his parents to avoid being drafted into the army of fascist dictator Francisco Franco.

Still, Don admitted, as he stared at his parents through the glass wall at the airport that day, he couldn’t help but feel terrified.
“We had never been apart. They told us they’d see us again soon, but part of me wondered if that would happen.”

Maggie Perez said her mother often told her the story of a family friend who was leaving Cuba with his wife and children that same day.

The friend recognized Diego Perez and saw him holding his hands up against the glass wall. He promised Diego he would make sure the three sons made it safely onto the plane and found a place to stay in Florida. He then carried aboard the youngest brother, Charles.

Where they lived in those early days is another memory that has been blocked.

Don believes they spent time in an orphanage until older cousins already living in Miami picked them up. But Maggie Perez recalls her parents saying the cousins met them at the airport.

Less than a year later, around mid-1962, his mother and Maggie received visas through the same thankful patient and were able to come to the U.S. on a flight.

“What I remember about that reunion is seeing my sister,” Ben said. “I knew I had one, but she was a baby and I was so young the last time we were together. I had no idea what she looked like.”

The Cuban Missile Crisis was that October. Flights between the U.S. and Cuba ceased, marking the end of Operation Pedro Pan.

For the next year, the Perez family lived without their patriarch in a small apartment in a lower-income neighborhood in Miami. In the winter, the mother would warm the home by turning on and opening the stove.

Then in mid-1963, as Don Perez was watching television at his neighbor’s apartment, the news reported the Coast Guard had intercepted a Cuban boat near Key West.

A photo flashed on screen of the 11 weary passengers. One of them was Diego Perez.

“I started screaming that’s papi,” Don said. “My mom came running in, and when she saw my father she started crying.”

Through another grateful patient, Diego Perez was offered an opportunity to escape to the U.S. via a sea vessel that picked him up a few hundred yards off the shore of Havana.

He had to swim for it.

Within weeks of his arrival in Florida, he took his family to Tampa.

For decades, Don and Ben Perez followed their parents’ lead and refused to return to the island nation.

Then in September, they agreed to join a 200-member delegation from the Archdiocese of Miami to celebrate the historic trip to Cuba by Pope Francis. They collected four duffel bags full of medical equipment to give to Cuban eye clinics.

But at Miami International Airport, they were informed their visas never arrived.

The medical equipment made it to Cuba. They’d have to wait for another day.

When that will be is still unknown.

“It’s weird when I try to explain who I am,” said Ben Perez. “I’m Cuban, but have few memories of Cuba. I identify as an American, but part of me still knows my roots are elsewhere. Perhaps it is best to say I am a Pedro Pan kid. That’s who I am.”