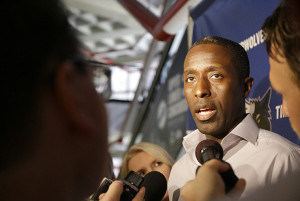 Amos and his wife Carmen were embarking on a new mentoring program for wayward children, and 14-year-old Milt Newton was among the first three candidates to receive the family’s help.

“There were bigger boys that came along with him, but he had a strength and presence about him that was scary,” Amos said. “That didn’t go away quickly or easily. There has always been a toughness about him that is still there.”

A hard-edged fighter scarred deeply by his father’s abandonment, Newton was sent away from St. Thomas by his mother as a 13-year-old because he was just too much to handle. He bounced around from New Jersey to D.C. before finally finding the role model he so desperately needed.

Newton became one of the first to accept Amos’ offer, and over the next four decades the family would mentor 87 children and get 73 of them to college. Some grew up to be principals, school superintendents, dentists and Homeland Security officials. A few ended up in prison.

One became general manager of the Minnesota Timberwolves.
Newton spent more than 20 years preparing to be the chief decision-maker for a franchise, but he wishes this chance would have taken a little longer to materialize. Newton was elevated this fall when Flip Saunders — his close friend and the president and coach of the Timberwolves — died from complications from Hodgkin’s lymphoma just before the season started.

The loss rocked the NBA and the franchise, leaving Newton and interim coach Sam Mitchell to step into the leadership void for a young, impressionable team. A man of deep religious faith, Newton finds himself now balancing the satisfaction of ascending to this position of power with the grief of knowing how this chance came to be.

Timberwolves owner Glen Taylor has said he wants to see how Newton and Mitchell perform this season before making any long-term decisions on the leadership structure, but the steadying presence both have provided has helped the young team get off to a better-than-expected 8-8 start.

“It’s an incredible challenge,” said Spurs GM RC Buford, who has known Newton dating back to their days together at Kansas in the mid-1980s. “You’ve got an iconic coach and leader who also had incredible history with the community and the organization.

That emptiness is all too familiar to Newton.

Newton’s mother worked long hours for the Virgin Islands Port Authority while he grew up on the island of St. Thomas, and he would often come home to an empty house. The absence of a father ate at him, turning him into an angry boy who didn’t so much like to start fights, but one who reveled in finishing them.

“It came to a point where she said, ‘You know what, I really can’t control you anymore. You need a male figure in your life so when you’re out of hand they can put you back in line,'” Newton said.

His mother sent him to New Jersey to live with an older cousin, his wife and their precocious son, but that didn’t last long.

“That kid had a way of getting under my skin,” Newton said with a chuckle. “After a year, it was time to move on. I kind of wore out my welcome just being knuckleheaded.”

From there it was on to D.C., where he lived with an aunt who had spent more than two decades serving in the Air Force. She provided some much-needed structure and discipline, but Newton still yearned for a father he never had.

Amos’ son played basketball with Newton and would invite him over after school. Newton watched Kent Amos lead conversations about current events at the dinner table, push his kids to stay on top of their studies and provide the commanding presence that Newton was drawn to.

Newton continued to live with his aunt, but spent every minute he could around Amos.

Newton still calls Kent and Carmen Amos “dad and mom.” They watched him graduate from high school and college, and marry his wife Shalaun. They were present for the births of his daughter Shaniya and son Miles, his foundation’s first basketball camp in St. Thomas and his first press conference when Saunders hired him away from the Washington Wizards to join the Timberwolves front office.

“The man that city’s beginning to know is not the boy that walked in this living room outwardly, but he is inwardly,” Amos said. “Everything he is today was in him when he walked into this room 30-some years ago.”
___
Newton starred in college at Kansas, teaming with Danny Manning to win a national title in 1988 under famed coach Larry Brown.
After his playing career ended, Brown helped him get a scouting job with the Nuggets. He went on to work for USA Basketball and help create the NBA Development League before joining the Wizards front office.

Newton developed a strong circle of advisers as he worked his way up, including Brown, Buford, Roy Williams and Wayne Embry, a former Milwaukee Bucks GM and current adviser with the Toronto Raptors.

He added Saunders to that circle when the two worked together in Washington. The two formed a fast connection, and Newton’s steadfast support of Saunders the coach when things weren’t going well on the court further strengthened the bond.

Saunders returned to the Timberwolves in 2013 and hired Newton away from Washington to be his wing man. The pair complemented each other well, with the gregarious Saunders showing the buttoned-up Newton how to soften his edges and give outsiders a chance, and the no-nonsense Newton using straight talk to help crystalize issues that Saunders viewed as complicated.

“You ask any of my childhood friends, any of my teammates, once I’m your friend, I’m your friend for life,” Newton said. “And I guess a lot of it has to do with how I was brought up, being really cautious. The person that helped birth you, your biological father, says I don’t want you. So that’s a hell of a first experience into trust.”

Saunders and Newton worked side by side to rebuild one of the longest-suffering franchises in professional sports. And together, they were doing just that.

They turned disgruntled All-Star Kevin Love into Andrew Wiggins and drafted Karl-Anthony Towns No. 1 overall to give them one of the most promising young duos in the league. They brought in veterans Kevin Garnett, Tayshaun Prince and Andre Miller to serve as mentors and show a young team how to be professionals and established a culture built on team play over individual accolades.

“I don’t know how you answer if you’re prepared to step in under circumstances that nobody can prepare for,” Buford said. “He’ll have done everything he can to meet the needs of a big constituency.”
Of all the players and coaches to speak during a memorial video put together by the Timberwolves, Newton’s words hit the hardest.

Tears streamed down his face as he spoke of the first time Saunders had told him that he loved him. Finally, the scarred little boy from St. Thomas that shut everyone out let his vulnerabilities be seen.

“I’m sure Flip is smiling knowing that Milt’s carrying on what he was trying to get done there,” Brown said. “I think he’s going to be the best at what he does.” 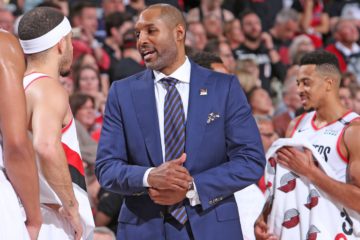 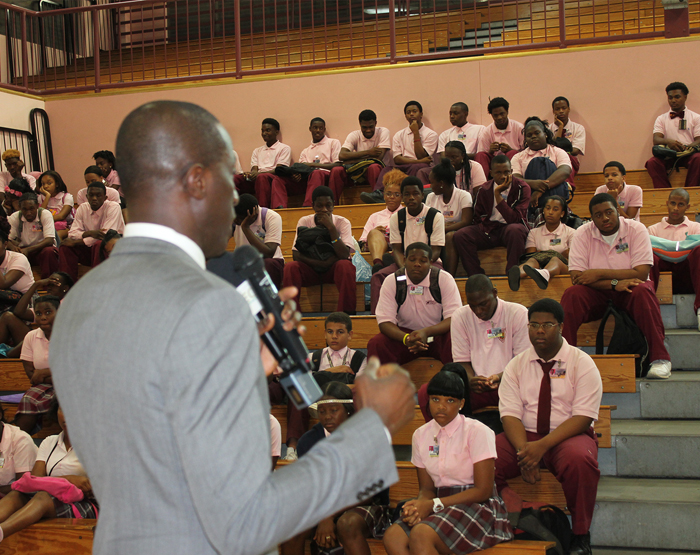