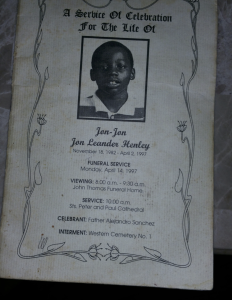 The Au Clair School opened in Wilmington, Del., in 1969. A decade later, the Wilmington New-Journal started writing about abuse of autistic children at the facility.

Former workers said they witnessed children being beaten at Au Clair as part of their “treatment.” The newspaper described children hit with plastic bats and dunked in a dirty swimming pool. Au Clair founder Ken Mazik — he now owns roughly a third of downtown Mount Dora — repeatedly whipped a 16-year-old boy with a riding crop. He told the paper the discipline didn’t rise to the level of abuse.

In 1987, Mazik opened another Au Clair school on the grounds of a former retirement home for a fraternal organization outside Mount Dora in the Lake Jem area. Ten years later, he converted it to a for-profit operation now called Carlton Palms.

Since then, the New York Times has written about Mazik, his controversial treatments and patients who have been hurt at his facilities. Over the years, the Orlando Sentinel has documented abuse, including the unnecessary death of a non-verbal 14-year-old girl in 2013. Even the tiny Cape Gazette in Delaware took a swing at exposing what was going on in the strange school in its community.

And just last week, ProPublica, an online publication devoted to investigations, released a comprehensive probe into continuing abuse at what is the only facility in Florida licensed to care for such profoundly disabled patients, some of whom are also mentally ill.

Henley was born to Melissa V. Simmonds and Johnny Henley on Nov. 18, 1982 in St. Thomas. He was raised by his grandparents Joseph and Maria Simmonds at the family home in Hospital Ground. “Jon-Jon” or “Prince Jon-Jon” attended the Peace Corps Kindergarten in Frenchtown and the Kirwan Terrace Elementary School prior to his enrollment in the Carlton Palms Educational Program in Florida.

“Jon was one of those people who brought a smile to all who came in contact with him<" a relative remembered. "He was eager to please and loved spending time with special people." Over the years, the mistreatment At Au Clair Schools has worsened, and much of it is tied to the use of restraints, ProPublica found. Two other Florida group homes, which together have about half as many patients as Carlton Palms, used restraints 88 times during five months this year. And Carlton Palms? An astounding 4,107 times, even though the policy is to use them as a last resort only when someone is in danger. Result: Broken arms, collarbones and jaws, along with gashes that need stitches. Over time, children have been found at Mazik's facilities confined in trailers reeking of urine. A deaf boy crying silently at the Delaware school was found to be wrapped so tightly in a restraining mat that his circulation was cut off. A worker threw a cup of scalding water on a resident in Delaware, then popped the resident's blisters and lied to cover it up. In Florida, another staffer tossed water at 165 degrees on a troublesome resident. The caretaker was sentenced to six months in jail and remains on probation. A boy in the Lake Jem facility broke his arm while staffers were trying to calm him by wrapping him in a mat, and they didn't take him to Florida Hospital Waterman in Tavares until five hours later. He underwent surgery to put pins in his arm, and several days later developed an infection when staffers failed to change the bandages. Back to the hospital they went. And then there's Paige Lunsford. The 14-year-old girl spent the night throwing up while tied to a chair or a bed and died of dehydration in the morning. A state investigation that sorted through contradictory statements finally concluded the teen's death was the result of medical neglect. However, the state attorney, in a cowardly move, refused to file criminal charges. No way should this child have died. All she needed to save her was an intravenous drip a paramedic could have started — had an ambulance been called. Video of Paige's death was "accidentally" deleted from cameras the state required the last time a patient was hurt in Carlton Palms. ProPublica's investigation, however, went far beyond documenting years of abuse. It laid out how Carlton Palms and Mazik "bullied" regulators and worked to keep from paying fines. The story showed how they fought to keep using the restraints that had harmed patients. It detailed how they bought political influence and aggressively went after those who criticized them. Sadly, it also demonstrated how state regulators in both Delaware and Florida took measures to right the operation, then backed off like kicked dogs. "Our approach has been very, very aggressive in working with Carlton Palms," said Tom Rankin, a top official with the Florida Agency for Persons with Disabilities told ProPublica. "It's also been very, very collaborative." What double-speak babble. This agency could do plenty to stop the abuse, but it has done almost nothing. It once fined AdvoServ $10,000, as if a company getting upward of $350,000 in taxpayer dollars annually to care for each resident would feel that sting. If the state really thought Carlton Palms was salvageable, it could station a free-floating inspector there for a minimum of six months. That could get interesting. It could bring in teams of experts unannounced to watch the operations. It could insist that staffers stop using mechanical restraints and demand training on other ways to handle violent residents. Other states have banned such restraints, so it's not necessary to use them, as Carlton Palms administrators have argued. Mazik claims not to have had a role in the facility since 2009, when he sold much of it to GI Partners, a private equity firm. AdvoServ, the parent company of Carlton Palms and the Au Clair school, was sold in late November to Wellspring Capital Management in New York. AdvoServ treats more than 700 disabled people, nearly 200 of them at the Lake Jem facility. AdvoServ officials say it's not possible to have a perfect record when dealing with residents who are so troubled. They say that they react "responsibly" when staffers harm patients. That's not good enough. AdvoServ doesn't get to lobby that using restraints is necessary and then shrug their corporate shoulders and claim they followed procedure when patients are hurt. Carlton Palms should be judged by results, and those are not acceptable. This has become documented torture of handicapped people. How many news organizations must expose it before regulators get serious? How many more people have to die before the abuse reaches the point where Florida regulators leap to close Carlton Palms, then proclaim themselves saviors of the handicapped? Stop the wavering. Fix it or close it. •The full ProPublica story can be read at propublica.org/article/advoserv-profit-and-abuse-at-homes-for-the-profoundly-disabled

PDVSA Board Approves HOVENSA Deal; Legislature's Vote Is Up Next

Tax Lawyers Now Suggesting The Caribbean As Havens From Terror, Too