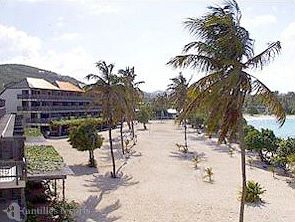 CHARLOTTE AMALIE – Police reported today that the body of a Caucasian man was found in Sapphire House on Christmas Day.

A neighbor told police the man was hanging in a tree by a blanket in the courtyard of the residence.

The body was removed by the neighbor who discovered the victim before police arrived.

Police said that the name of the dead man is being withheld until identification has been made and next of kin have been notified.

No further details were provided by police.

St. Croix's Linval Joseph Shows Giants Why They Drafted Him In The First Place