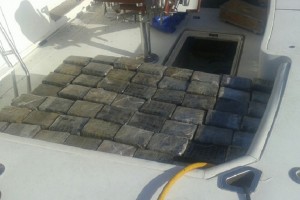 NASSAU — A major operation by the Drug Enforcement Unit (DEU) has dealt a huge blow to drug traffickers in the Bahamas.

A stash of 1,449 pounds of cocaine was seized during a bust in the Bahamian island of Bimini, two days before Christmas, and a 41- year old American man arrested and charged.

Police say that shortly before 3 p.m., a team of officers from the DEU assisted by their counterparts from the U.S. Drug Enforcement Agency (DEA) conducted a search of a yacht moored in Bimini – the closest Bahamian island to the United States, located just 50 miles off the Florida coast – and found the huge stash of drugs.

Diaz, who was on the boat, was subsequently arrested.