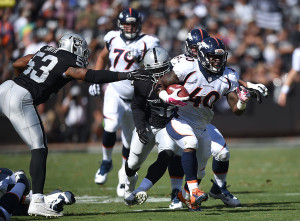 Juwan Thompson runs away from the Raiders

DENVER – Juwan Thompson snatched four passes for 21 yards off of six targets and added eight yards on the ground on five carries in the Broncos 15-12 loss to Oakland on Sunday.

Denver (10-3) failed to hold onto a 12-0 halftime lead or several on-target throws from Osweiler, including two big drops by Demaryius Thomas, one for a touchdown and another for a late first down.

St. Croix’s Thompson has nine touches in each of his past two games, by far his biggest workloads of the season.

Thompson’s looks have come due to C.J. Anderson being sidelined with an ankle injury and he hasn’t done too much with them, averaging seven yards per catch and 2.7 yards per carry.

Anderson suited up as the emergency back on Sunday and appears to be on pace to re-emerge and take carries away from Thompson in the coming weeks. 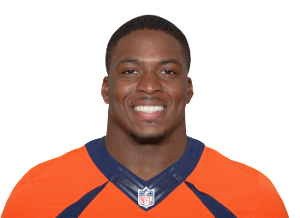 Joseph Takes First Step Towards Getting Back In The Game, Practice (VIDEO UPDATE) 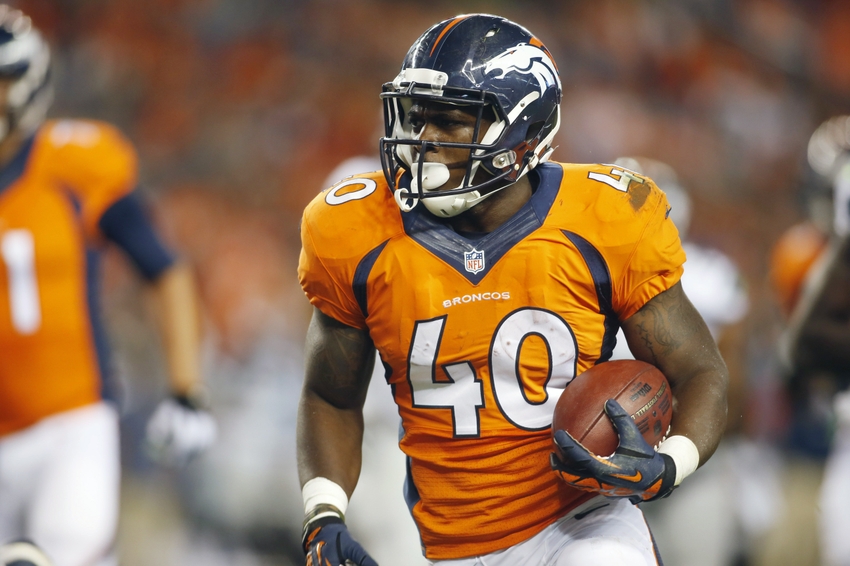 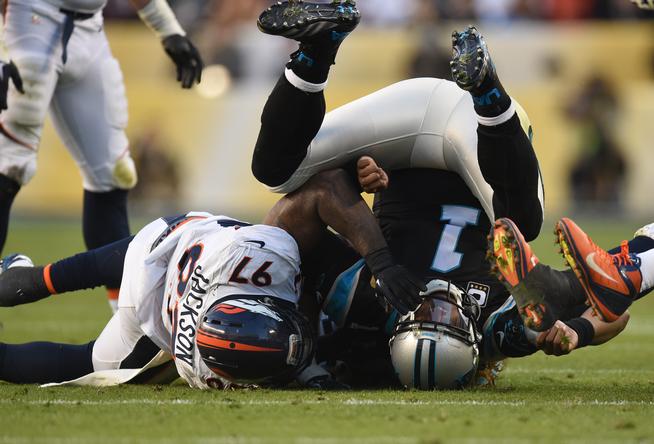 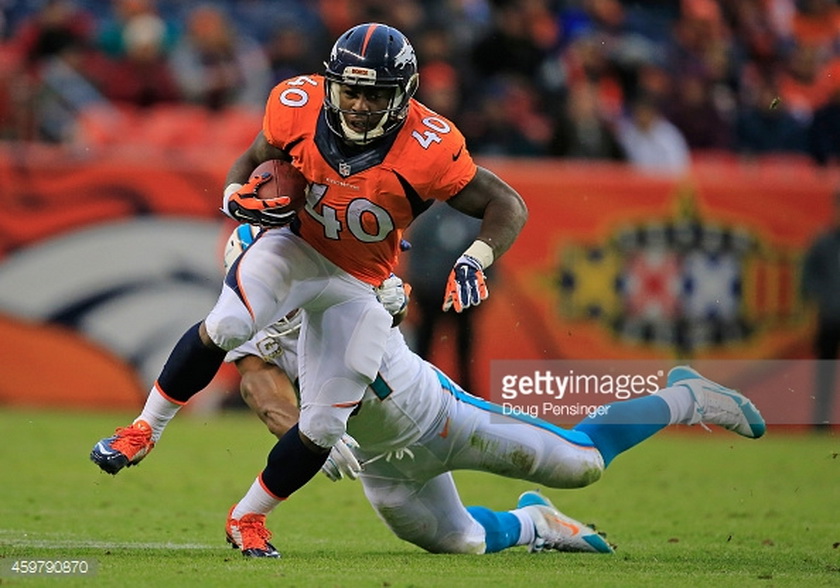 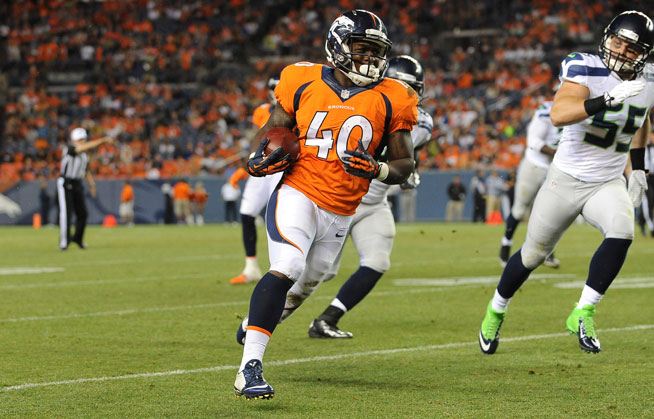