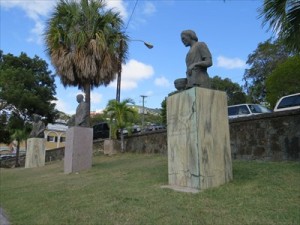 On December 1 at 6:24 p.m., Ishmael Abdulmutaal, 61, of Annas Retreat was arrested on Weymouth Rhymer Highway and charged with driving under the influence (DUI). Police said that Abdulmutaal was involved in an auto incident. Bail for Abdulmutaal was set at $500.00 by Order of the Court. No one was reported injured in the incident.

On December 1 at 10:38 p.m., a minor was arrested at the Edith L. Williams Elementary School and charged with aggravated assault and battery. The minor was placed into protective custody after police said they attempted to assault an officer and school monitor.

Young St. Croix Artist In Solo Art Show To Highlight His Many Talents