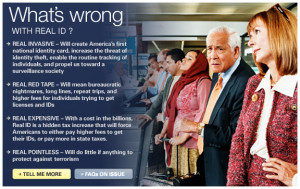 The citizens of several U.S. states and territories may soon find that they can’t use their drivers’ licenses to get into federal facilities or even board planes.

Enforcement of a 2005 federal law that sets identification standards, known as “Real ID,” has been long-delayed. But now Department of Homeland Security officials say enforcement is imminent.

The “Real ID” law requires states to implement certain security features before they issue IDs and verify the legal residency of anyone to whom they issue an ID card.

The statute is in part a response to the suggestion of the 9/11 Commission, which noted that four of the 19 hijackers used state-issued ID cards to board planes.

Real ID also requires states to share their databases of driver information with other states. The information-sharing provisions are a big reason why some privacy groups opposed the law, saying it would effectively be the equivalent of a national identification card.

The federal government can’t force state licensing agencies to change their practices to conform to Real ID standards. But it can stop those with state-issued IDs from using them to enter federal facilities, such as military bases, or to board commercial planes.

The renewed push for compliance comes at a time when concerns about terrorism are again high due to recent bloody attacks in Paris and California.

The law was originally scheduled to go into effect in 2008 but was subject to repeated delays. In recent months, DHS has been telling states those delays are over and that the law will be implemented in 2016.

However, any restrictions on air travel won’t go into place without at least 120 days’ notice, and no state has received such a notice yet. In several states, however, restrictions on entering federal buildings could kick in as early as January 10.

New Hampshire, North Carolina, and Arkansas have joined the list of states …

According to recent DHS data, most states are either in compliance with Real ID or have made enough progress that DHS has granted them extensions until at least October.

However, nine states and several U.S. territories are due to have their exemption expire on January 10, 2016. The states facing a January expiration are Alaska, California, Illinois, Missouri, New Jersey, New Mexico, South Carolina, and Washington. Puerto Rico, Guam, and the Virgin Islands face the same deadline. Minnesota and American Samoa are already listed as non-compliant.

Those states facing the deadline shouldn’t be hopeful for a last-minute reprieve. Local and AP news reports say that DHS has already told officials in Missouri, Illinois, Minnesota, and Washington that their requests for additional extensions have been denied.

“As we continue the phased-in enforcement of the REAL ID Act, the consequences of continued noncompliance will grow with each milestone,” the department said in its letter to Missouri, reported last week by The Associated Press.

In some states, the reason for lack of compliance isn’t incompetence or bungling, but active opposition. Missouri passed a law in 2009 forbidding state officials from implementing the law.

The same year, Minnesota lawmakers not only barred implementation of Real ID but prohibited “preliminary measures like negotiations with federal officials related to the requirement,” according to a report in last week’s Minneapolis Star-Tribune.

Some state lawmakers opposed Real ID because of privacy concerns, while others denounced the law as an “unfunded mandate” requiring states to change their licensing practices without providing any money to implement the changes.

Today’s New York Times reports that TSA is considering how to deal with a situation in which some state IDs become invalid for air travel.

“The federal government has quietly gone around and clubbed states into submission,” Minnesota State Senator Warren Limmer, who spearheaded the state’s 2009 opposition, told the Times. “That’s a pretty heavy club.” 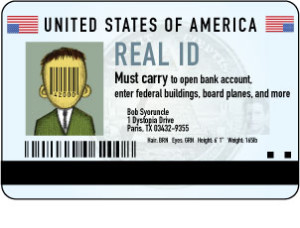 St. Croix's Linval Joseph Shows Giants Why They Drafted Him In The First Place 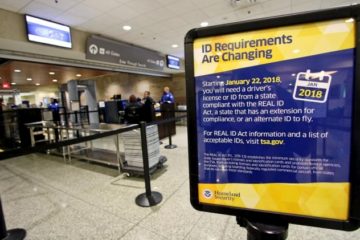 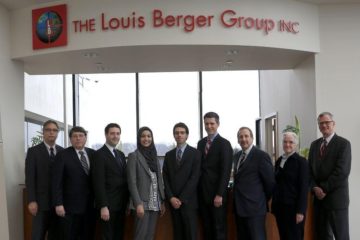