SWINE FLU ALERT: Trinidad and Tobago Officials Mum On Whether Disease Is Rampant There 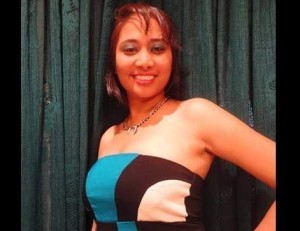 PORT OF SPAIN – The Ministry of Health is awaiting the result of an autopsy on the body of Stacy Ramkissoon, to confirm that she died from the H1N1 (swine flu) virus.

If confirmed, it will be the fourth known swine flu death in Trinidad and Tobago.

Ramkissoon, 28, was admitted to hospital two weeks ago for what was believed to be pregnancy-related pains.

A day after she was admitted, her baby died after being delivered by Caesarean section, and Ramkissoon was kept in the intensive care unit. Her family was told she had contracted swine flu. She died on Saturday.

On Monday, the Health Ministry expressed condolences to the Ramkissoon family. “

While preliminary reports have linked Ms. Ramkissoon’s death to the H1N1 Virus, it should be noted that her pregnancy placed her within the high risk category of those who may develop complications from the Influenza Virus.

Therefore, while we note the concern and need for timely information, the Ministry is awaiting, and must be guided by, the final results of the autopsy.”

There were 29 confirmed cases of swine flu and three deaths in the twin-island republic up to December 15. There was also another suspected death over the weekend, according to Trinidad and Tobago media reports, but that has not been confirmed by health authorities.

Mitchell says the ministry has no choice but to keep its response and surveillance systems heightened to protect Grenadian citizens.

“Our choice at this time is the best choice – that is, to implement all necessary measures that are legal and in keeping with international conventions and protocols such as the International Health Regulations to protect our citizens as best as we can,” he said.

Grenadian health officials are also calling on all citizens to take all necessary steps and measures, including cough etiquette, regular hand-washing, and monitoring conditions of loved ones and friends if they display symptoms associated with the A (H1N1) virus to isolate them and prevent transmission as much as possible.

Giving an update of the swine flu situation in Trinidad and Tobago last Friday, Minister Deyalsingh said that 20 of the 29 people who contracted swine flu were in the 20 to 64 age group which is considered the healthy population.

He said the authorities were doing all they could to combat the spread of the virus.

But, the minister said, while health workers were given the personal protective equipment to wear to minimize any risk of contamination, some were refusing to be vaccinated against the virus.

“That is the problem that we have,” he told the media. “We can urge, we can advise, we can educate as much as we want, but we cannot compel them. At the end of the day, it is a personal decision by health care workers to be vaccinated.”

'Food, Fun and Rum' Event Kicks Off In April On St. Croix

SWINE FLU ALERT: Trinidad and Tobago Officials Mum On Whether Disease Is Rampant There