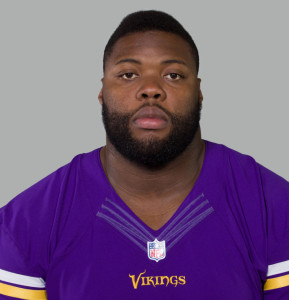 MINNEAPOLIS — Even after the tide-turning busted play, the here-we-go-again fumble from their star player and the go-ahead field goal by the Seattle Seahawks, the Vikings were still in position Sunday to stun the reigning NFC champions and keep their season alive.

In the coldest game in franchise history (minus-6 degrees at kickoff), kicker Blair Walsh had been accurate all afternoon, splitting the uprights for three field goals while booting the equivalent of a small frozen turkey. Now all Walsh had to do was drill a piece-of-cake 27-yarder with 26 seconds left to advance the Vikings to the divisional round of the playoffs.

Many of the bundled-up fans in the west end zone confidently threw both hands up into the air as Walsh lined up on the left hash. The snap and hold were good enough, but his kick never had a chance, hooking wide left toward the Mississippi River.

“It was so quick,” Walsh later said. “I don’t know what happened.”
The Seahawks, suddenly the survivors in a 10-9 wild-card victory, stormed away from the scrum and jumped around the field in jubilation. The Vikings, meanwhile, stood stunned as Russell Wilson came out for the clinching kneel-down that finished off the franchise’s latest season-ending, stomach-punch playoff loss.

St. Croix’s Linval Joseph was praised by NBC commentator Chris Collinsworth during the game for his prodigious athletic prowess. Collinsworth told a national TV audience in the millions that he had seen video of Joseph’s play during the season and was impressed.

Coach Mike Zimmer crossed his arms and stared off into the setting sun behind the uprights. As they had done throughout the 2015 season, his young Vikings had exceeded expectations Sunday at TCF Bank Stadium. Now they would be left to wonder what might have been heading into another long, uncertain offseason.

“We’ll never know. We did a lot of things that a lot of people didn’t think we could get done,” Zimmer, tears welling in his eyes, said after the game. “And that’s what hurts the most, that we don’t get an opportunity to continue to do that.”

Besides their inability to get the ball into the end zone, the first three quarters Sunday went about as well as Zimmer and the Vikings could have hoped.

Their defense smothered the Seahawks, their offense moved the chains and shortened the game, and the Vikings took advantage of turnovers, penalties and a special teams gaffe to build a 9-0 lead that felt almost insurmountable.

But the fourth-quarter turnaround started when Wilson, the escape-artist quarterback Zimmer had compared to Harry Houdini this past week, was able to salvage a busted play and turn it into a critical 35-yard gain for Seattle.

After a shotgun snap flew over his left shoulder, Wilson chased down the ball 15 yards behind the line of scrimmage and slid to his knees to scoop it up. He then got up and rolled right, away from six Vikings defenders, to complete a pass to Seahawks rookie receiver Tyler Lockett, who was standing alone in the middle of the field.
“Unbelievable,” Seahawks receiver Doug Baldwin said. “When something bad looks like it is about to happen, [Wilson] works his magic and gets the ball to Tyler.”

Two plays later, Wilson, whom the Vikings held to 142 passing yards, connected with Baldwin for a 3-yard touchdown to make it 9-7. And the crowd at TCF Bank Stadium, bracing for what was about to come, became eerily quiet.

Then on the second play of the ensuing Vikings drive, running back Adrian Peterson fumbled after catching a swing pass. Seattle safety Kam Chancellor knocked the ball free, and the Seahawks came out of the pile with it.

“That’s something that will haunt me throughout the offseason,” said Peterson, who was held to 45 yards on 23 carries by the NFL’s top-ranked run defense.

The Seahawks would take the lead with a 46-yard field goal from kicker Steven Hauschka, but the Vikings would get three more possessions to try to reclaim it.

After the first two went nowhere, the Vikings finally got something going in the game’s final two minutes. A pass interference penalty called on Chancellor gave them 19 yards and a first down at the Seattle 42-yard line. Then quarterback Teddy Bridgewater squeezed a pass past the safety to tight end Kyle Rudolph, who turned upfield for a 24-yard gain to the Seattle 18.

The Seahawks had to use all their timeouts, but they finally got a stop. So out came Walsh, who had recovered from a shaky preseason to have a solid regular season with a league-high 34 field goals, for the biggest kick of his four-year NFL career.
Wide left.

As a throng of reporters and cameramen four deep surrounded Walsh near the entrance of the locker room 15 minutes later, his shellshocked teammates slowly undressed or sat at their locker stalls and solemnly picked at athletic tape.

“Hardly anyone gave us a chance to win this game. By all rights, we should have won,” veteran defensive end Brian Robison said. “I think that’s the thing that hurts the most. It was a game that we had in hand but we just didn’t finish it.”

In the coming days — or in some cases weeks or months — the Vikings will be able to feel proud about what they accomplished in 2015. They improved by four victories from 2014, dethroned the Green Bay Packers as NFC North champions and played host to their first home playoff game since 2009.

But before heading back out into the cold winter, the Vikings were left to struggle to come to grips with a blown lead, an unbelievable errant kick and a heartbreaking playoff loss.

“It crushed our dreams,” cornerback Captain Munnerlyn said. “We were hoping to be holding that Lombardi Trophy at the end of the year, and we are not going to be doing that.”

First Annual 'Flavor of Rum' Festival Kicks Off In May On St. Croix 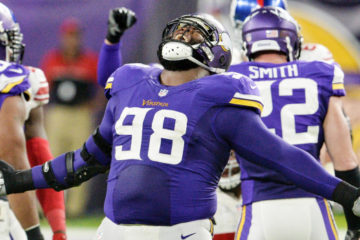