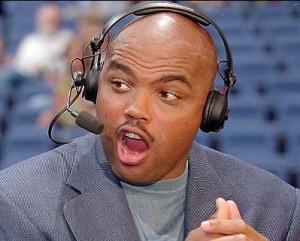 SAN ANTONIO – Now that St. Croix’s Tim Duncan has sat out the last two games with a right knee injury, TNT NBA Analyst Charles Barkley says that The Big Fundamental’s career is all but over.

Speaking on the Bill Simmons podcast, Barkley said that Duncan “has nothing left in the tank” and would have retired last year if the Spurs had not signed Lamarcus Aldridge.

Duncan was sidelined for three games in a row just before New Years and is expected to be out of the lineup against the Cleveland Cavaliers and LeBron James tonight. There is no timetable on his return, according to Spurs Coach Gregg Popovich.

“I think Tim Duncan is pretty much done,” Barkley said. “You know what’s so funny? Everybody knows Kobe Bryant’s done. Who do you think is playing better this year? Kobe Bryant or Tim Duncan?”

Simmons disagreed with Barkley, saying TD is just biding his time until the playoffs, but “Charles In Charge: whole-heartedly disagreed on the podcast.

“He’s not on cruise control, dude,” Barkley said. “I just don’t think he’s got a lot left in the tank.”

Duncan is averaging 8.9 points, 7.5 rebounds, and shooting 50 percent from the field in 37 games. He is sill making an impact on the court for San Antonio.

The fact that Duncan’s numbers are down can be directly attributed to the emergence of Kawhi Leonard and Aldridge in the fold.

Of course, his number are going to take a dip. Add the fact Duncan has been playing on one leg in past seasons, and this is his 18th season in the league

Duncan is still a crucial component to what the Spurs do on both ends of the court. Many thought he was done seasons ago yet bounced back had had a solid season last year.

As for Barkley, he needs to ferme la bouche. Duncan doesn’t need to be Duncan for the Spurs to vie for a title anymore. That doesn’t mean he is done.

Does anyone remember when The Admiral David Robinson’s career was coming to a close – and what happened?

Is Duncan’s time in the NBA nearing an end? Perhaps, but as Timmy likes to say… until the wheels come off!

Barkley was named number four on the all-time list of power forwards in the NBA by ESPN this month; Tim Duncan was rated number one.