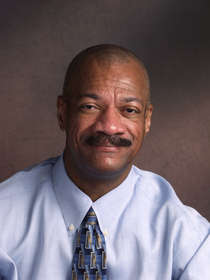 OPINION By JEFFREY B. PERRY

A REVIEW OF HUBERT H. HARRISON’S

Diasporic Africa Press has just published a new, expanded edition of Hubert H. Harrison’s ‘When Africa Awakes: The “Inside Story” of the Stirrings and Strivings of the New Negro in the Western World.’ This new edition includes the complete text of Harrison’s original 1920 volume including his “Introductory” and over fifty of his articles from publications that he edited in the 1917-1920 period.

Those publications include: The Voice – “A Newspaper for the New Negro” (1917-1919), the first newspaper of the “New Negro Movement”; The New Negro: A Monthly Magazine of a Different Sort (1919), described as “A Magazine for the New Negro” that was “intended as an organ of the international consciousness of the darker races — especially of the Negro race”; and the “Negro World” (1920), the globe-sweeping newspaper of Marcus Garvey’s Universal Negro Improvement Association (which was a major component of the “New Negro Movement”).

This new edition, expanded from the original 146 pages to 274 pages, also offers a new introduction, a biographical sketch, a “Note on Usage,” a lengthy supplementary notes section, and an index that make it ideal for classroom and/or study group use.

The book is divided into nine chapters on such topics as the beginnings of the “New Negro Movement,” “Democracy and Race Friction,” “The Negro and the War,” “The New Politics,” “The Problems of Leadership,” “The New Race-Consciousness,” international consciousness, education, and book reviews and it concludes with Harrison’s December 1915 poem “The Black Man’s Burden (A Reply to Rudyard Kipling).”

St. Croix, Virgin Islands-born, Harlem-based, Hubert Harrison (1883-1927) was a brilliant, class- and race-conscious, writer, educator, orator, editor, book reviewer, political activist, and radical internationalist. Historian J. A. Rogers in ‘World’s Great Men of Color’ described him as an “Intellectual Giant” who was “perhaps the foremost Aframerican intellect of his time.” Labor and civil rights activist A. Philip Randolph described him as “the father of Harlem radicalism.”

Harrison played leading roles in the largest class radical movement (socialism) and the largest race radical movement (the “New Negro”/Garvey movement) of his era. He was a major influence on the class radical Randolph, on the race radical Garvey, and on other militant “New Negroes” in the period around World War I and he is a key link in two great trends of the Civil Rights/Black Liberation struggle – the labor and civil rights trend associated with Randolph and Martin Luther King Jr. and the race and nationalist trend associated with Garvey and Malcolm X.

From 1911 to 1914 Harrison served as the leading Black theoretician, speaker, and activist in the Socialist Party of America. When he left the Party he offered what is arguably the most profound, but least heeded, criticism in the history of the United States left — that Socialist Party leaders, like organized labor leaders, put the “white race” first, before class, that they put the [“white’] “Race First and class after.”

This Harrison-led “New Negro Movement” involved many outstanding activists, viewed itself as consciously breaking from the “old time leaders,” fertilized the soil for and laid the basis for the growth of the Garvey movement, and was a precursor to later developments including the Black Power movement, anti-war and anti-imperialist movements, and (with its calls for enforcement of the 13th, 14th, and 15th amendments and for federal anti-lynching legislation) the Civil Rights movement. With Harrison’s literary influence (including important book review and “Poetry for the People” sections in the publications that he edited), the “New Negro Movement” also contributed significantly to the climate leading up to Alain LeRoy Locke’s 1925 publication ‘The New Negro.’

Harrison’s leading role in this “New Negro Movement,” though often ignored (or presented in a way that removes from view his seminal influence), is well documented in this work. In August 1920 he explained that for some time he had planned to write a book “on the New Negro,” which would “set forth the aims and ideals” of the new movement among American Negroes, “which has grown out of the international crusade ‘for democracy — for the right to have A VOICE in their own government.'” ‘When Africa Awakes: The “Inside Story” of the Stirrings and Strivings of the New Negro in the Western World’ is the Hbook that Harrison had planned. As suggested by its subtitle, it offers first-hand testimony to social, political, literary, educational, and internationalist aspects of this World War I-era “New Negro” movement and to Harrison’s role in its development.

Harrison’s “Introductory,” republished in this new edition, was written at a time when much national attention was being paid to “The Rising Tide of Color” and when his growing differences with Garvey would lead him to stop serving as principal editor of the ‘Negro World’. The “Introductory” provides important insights for understanding the militant “New Negro Movement” that grew in the period of the Great War of 1914-1918 and the ensuing bloody post-war year of 1919.

It opens with an internationalist perspective describing how, during the war, “the idea of democracy was widely advertised . . . as a convenient camouflage behind which competing imperialists masked their sordid aims.” Harrison then discusses how “those who so loudly proclaimed and formulated the new democratic demands never had the slightest intention of extending the limits or the applications of ‘democracy'”; how “subject populations” put forth their own demands for democracy and this led to “great unrest”; how “black, brown and yellow peoples” were “insisting that democracy shall be made safe for them”; and how the “race-consciousness” of the “Negro people” in the United States quickened as they put forth new “domestic and international” demands in politics, education, culture, commerce and industry “on themselves, on their leaders and on the white people in whose midst they live.” In the “Introductory” Harrison also points out “that the AFRICA of the title is to be taken in its racial rather than its geographical sense.”

Hubert Harrison died unexpectedly on December 17, 1927, at Bellevue Hospital in New York from an appendicitis-related condition. At his massive Harlem funeral two pallbearers and important Afro-Caribbean bibliophiles familiar with his extraordinary contributions as a radical activist offered insightful perspective on his intellectual contributions.

Richard B. Moore, a noted Harlem activist, independent historian, and bookstore proprietor whose collection of books and manuscripts is at the University of the West Indies in Cave Hill, Barbados, described Harrison as the “Black Socrates” and emphasized the importance of his pioneering intellectual work.

Puerto Rico-born Arturo Alfonso Schomburg, whose extraordinary collection of books and materials pertaining to people of African descent would serve as the basis for Harlem’s internationally famous Schomburg Center for Research in Black Culture, presciently eulogized that Hubert Harrison “was ahead of his time.”
Seventy years later historian John Henrik Clarke emphasized that:

That need for new interest in the life and work of Harrison is even more pronounced today. The gap between rich and poor has reached record proportions, while white supremacy, war and militarism continue to shape the domestic and foreign policies of the United States.

It is in this setting that this new edition of ‘When Africa Awakes: The “Inside Story” of the Stirrings and Strivings of the New Negro in the Western World’ is being published by Diasporic Africa Press. The fact that Diasporic Africa Press has chosen to publish very reasonably priced paperback and Kindle editions of Harrison’s work makes possible outreach to a much wider domestic and international audience. It is also a fitting tribute to Harrison who, in the period covered by this book, did some pioneering writing and speaking on “Africans of the dis-persion” and Africans and “their dispersion” — subjects that would begin to draw much greater attention later in the 20th century.

In ‘When Africa Awakes: The “Inside Story” of the Stirrings and Strivings of the New Negro in the Western World’ Harrison is “speaking to us again.” He is offering insights through his words and through the struggles that he and others waged. Hubert Harrison has much to offer people whose “stirrings and strivings” — like those of the “New Negroes” of his day – insist on challenging injustice and seeking a better world. 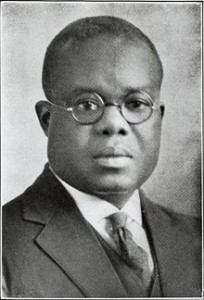 IT'S HERE NOW! The Apple iOS App For The V.I. Free Press