Cuba Poised To Eat Virgin Islands Tourism’s Lunch For Breakfast, So What Is The Government Doing? 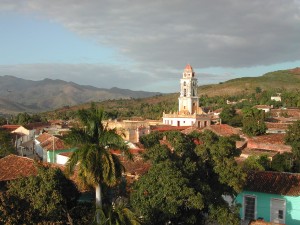 HAVANA – Is Cuba’s rising travel trade a threat to leading Caribbean destinations? That depends on whom you ask.

Until recently, the détente between the United States and its longtime foe had generated more headlines than actual tourism business; in fact, tourism from the United States to Cuba is still verboten under the existing trade embargo.

While travelers intent on visiting the country can sign up for officially approved people-to-people tours, air fares and tour packages remain high-priced versus similar packages to other Caribbean nations where the infrastructure is far superior.

And so far, the established destinations in the region seem to be holding their own despite the hype over holidays in Havana.

“I have been getting a lot of calls about Cuba,” said Susan Berman, of Berman Travel in Atlantic City, NJ. “But when I tell them what the ‘people to people tours’ entail, it sounds pretty rigid,” she said, with little free time on the agenda. “Clients aren’t used to that kind of structure when they go to the Caribbean,” she said. “They want to lie on a beach and have a pina colada. Most of them tell me: ‘I’ll wait until later.’ ”

With the recent announcement that regularly scheduled commercial air travel to Cuba could resume soon, however, and cruise ships readying to sail there as well, more consumers have Havana on their must-see list.

Travel between the United States and Cuba is already up by more than 70% in 2015, and with airlines like American, JetBlue, and United poised to promote new service there, demand will be limited only by how fast Cuba can add the necessary hotel (and food) infrastructure.
Still, it’s one thing to generate buzz, and it’s quite another to deliver the kind of experience seasoned travelers expect.

“Wifi is not great, hotels are a little basic,” Berman said. “And when I price it out for clients, it’s pretty expensive. They could go to the Dominican Republic or Jamaica for half the price, and stay in a resort with all the amenities.”

But it’s widely assumed that the trade sanctions limiting Americans’ time on the beach will soon be history –and with that, Cuba could become a serious alternative to the vacation resorts of the Bahamas and any number of Caribbean islands that enjoy a steady stream of U.S. visitors during the peak season.

The Caribbean Hotel and Tourism Association, in fact, is already facing up to the threat: it recently described Cuba’s opening to U.S. visitors as a “the biggest and most disruptive pebble to be dropped into the Caribbean” since the U.S. embargo 50 years ago.

Frank Comito, Director General and CEO of the Caribbean Hotel & Tourism Association, told TMR that “while the region as a whole should benefit from the interest in travel to Cuba,” some destinations with a high percentage of U.S. visitors “have expressed concerns,” he said.

“They are looking for ways to capitalize on the heightened interest in the region.”

A white paper issued by the CHTA said that Cuba’s proximity to Florida could cut into the market for impulse or short-stay vacations, especially to the Bahamas, where more than 20% of arrivals hail from the Sunshine State. The Northeast states are another major source of visitors to the Bahamas, and other destinations like the Cayman Islands, Jamaica, Puerto Rico, and Mexico’s Yucatan Peninsula, have benefited from online offers and discounted air-land packages, the report said.

A lot depends on if and when Cuba’s air fares and room rates drop to competitive levels. But in the meantime, the country’s limited infrastructure could be an advantage for nearby countries that could position themselves as convenient stopovers for travelers who’d like some R&R before or after their Cuban sojourns. In fact, Bahamas’ Tourism Minister Obie Wilchcombe said he’s working with his counterparts in Cuba to develop multi-destination packages so visitors can take in both countries.

“The Bahamas will still have its market,” he said.

Also in the near term, clients may be able to satisfy their curiosity about Cuba by booking a cruise; Berman said she recently booked a cruise for early in 2017 on Pearl Cruises.

Since Cuba’s star will only continue to rise, “multi-destination packages involving Cuba will have a particularly strong appeal,” in 2016, said Hugh Riley, Secretary General of the Caribbean Tourism Organization, noting that already the increased public attention has had a positive effect on tourism to the region in general.

V.I. Tourism Commissioner Beverly Nicholson-Doty declined to be interviewed for this news story.

Cuba Poised To Eat Virgin Islands Tourism’s Lunch For Breakfast, So What Is The Government Doing?