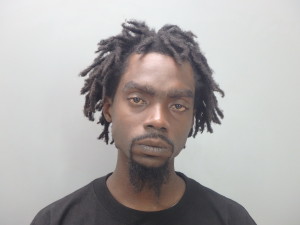 CHARLOTTE AMALIE – A 26-year-old St. Thomas man who is accused of slugging a woman to steal her backpack near Yacht Haven Grande was arrested by police last week.

Police said that Delano Somersall of Oswald Harris Court was arrested at 1:54 p.m. on Thursday and charged with thir-degree robbery.

Somersall was positively identified by a witness as the person who stole a backpack from a woman about 6:45 p.m. on January 24 near Yacht Haven Grande, according to police.

According to the police report, the woman was walking east outside of the Yacht Haven Grande when Somersall approached her from behind and tried to snatch her backpack.

The woman struggled with him, fighting to keep her backpack, but Somersall dragged the woman across the street by her backpack and struck her in the stomach once to get her to let go of it.

After the robbery, Somersall ran with the backpack into Paul M. Pearson Gardens, police said.

FINANCE COMMISSIONER: Cash Will No Longer Be Accepted For GERS Payments