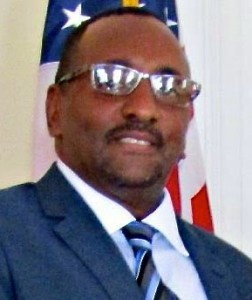 FREDERIKSTED — Bureau of Corrections Director Rick Mullgrav said advances and improvements continue to be made at the Golden Grove Adult Correctional Facility to ensure the security, safety and success of the correctional facilities in the Virgin Islands.

The majority of the issues facing the facilities have been in existence for many years, Mullgrav said, however improvements are beginning to be seen.

On Friday, February 26, 2016 the United States Department of Justice approved seven policies related to the well-being of inmates territory wide. Mullgrav credits team members who continue to work diligently on the mandates imposed by the settlement agreement.

“I must also give recognition to the Office of the Governor, the 31st Legislature, the Attorney General’s office and other government agencies who continue to work toward our goal of state-of-the-art facilities in the Virgin Islands for persons being detained, awaiting trial, and those who have been convicted and sentenced. Mullgrav expressed special recognition for the Correction Officers who are an essential part of the team.

In addition to the newly approved policies, Director Mullgrav cited plans for improvements to the facility including the renovation of the kitchen and cafeteria as well as the installation of blower and exhaust fans in the housing units.

These upgrades are decades overdue, according to Mullgrav. He stated the temperature in the inmates living quarters needs to be regulated and the inmates deserve an upgraded environment in which to consume meals. Both officers and inmates will benefit from these improvements going forward.

Relative to immediate safety needs, Mullgrav said the funding for perimeter fencing is being secured and a motorized gate will be installed at the entrance to the BOC grounds. Valid IDs will be required to access the property.

At this time anyone can actually drive up to the correctional and detention facility, “That is a serious breach of security” Mullgrav said.

“It is imperative that we alleviate excessive overtime which can result in officer fatigue”, Mullgrav said, adding “The antiquated layout of the facility is not conducive to the efficient deployment of officers.”

To relieve the situation, a number of inmates will be temporarily moved to stateside locations while improvements are being made. During this time, in addition to facility improvements, officers will be trained on the newly approved policies and procedures, Mullgrav said.

“We are moving in a new direction, making improvements which will benefit the officers, inmates and the community,” Director Mullgrav said. “I am asking for the community’s support as we endeavor to make the necessary improvements. As soon as the upgrades are completed our inmates will be returned.”

Director Mullgrav declined to specify a date for the inmate transfer. 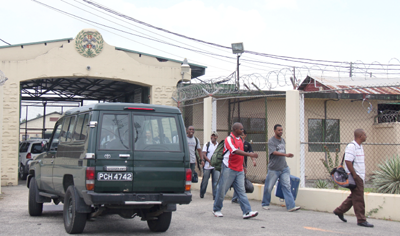