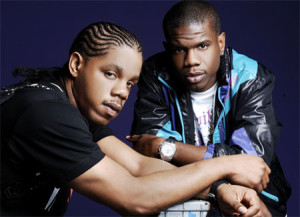 The event, co-sponsored by the United States Virgin Islands Department of Tourism, will feature live performances from some of the top names in Virgin Islands music, including R. City, Pressure Busspipe, Verse Simmonds and I Grade Dub, in an official showcase at the world’s premier music conference.

Headlining Austin Island, which will take place from 8 p.m. to 2 a.m. CST at Bungalow (92 Rainey St. in Austin), is R. City, who recently topped the Billboard Pop Chart with their No. 1 single “Locked Away” featuring Adam Levine, lead singer of Maroon 5. A screening of What Dreams Are Made Of, a documentary about R. City’s journey from St. Thomas, which recently premiered at the Sundance Film Festival, will precede the show, at 6 p.m. CST, followed by a Q&A session with R. City’s Timothy and Theron Thomas.

“We are excited to be performing with so many other Caribbean artists for Austin island,” says Timothy Thomas of R. City. “We are fans of many of them as well as great friends, it’s like family. In addition to performing with our Caribbean family, premiering our documentary, What Dreams Are Made Of, which highlights our life back home in St. Thomas, makes this event even more special for my brother and I.”

The showcase comes as the music industry in the U.S. Virgin Islands – St. Croix, St. John and St. Thomas – is drawing increased international attention. Other featured acts include St. Thomas singer Pressure Busspipe, whose anthem “Virgin Islands Nice” inspired the Department of Tourism’s VI Nice campaign, and can be heard in clubs worldwide; Verse Simmonds, the Atlanta-based R&B singer and songwriter from St. Thomas who has worked with Rihanna, Kanye West, Jay-Z and Kelly Rowland; and I Grade Dub, the live dub project from St. Croix music producer and I Grade Records label head Laurent, “Tippy I” Alfred.

“Artists from the Virgin Islands are producing some of the best music coming out of the Caribbean right now,” says Jesse Serwer, editorial director of LargeUp.com, and co-producer of Austin Island. “When you look at the success that R. City is having in the pop world, next to all of the great reggae music happening in St. Croix with I Grade Records, it really is unprecedented for such a small market.”

“The U.S. Virgin Islands has a rich, diverse cultural and musical heritage and we are keen to partner with LargeUp on this initiative,” said Beverly Nicholson-Doty, Commissioner of Tourism of the U.S. Virgin Islands. “Around the world, our artists and musicians are representing the Territory with excellence, and we look forward to showcasing their talent and creativity during this musical extravaganza.”

To learn more about LargeUp’s programming at SXSW and to see the full lineup, visit http://www.largeup.com/2016/03/07/austin-island, and follow@largeupdotcom for live updates. 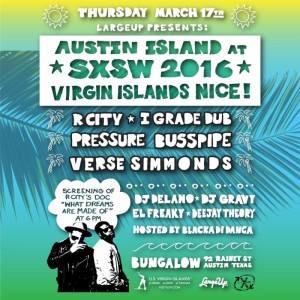 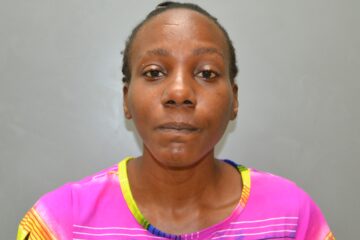 KEYSTONE COPS! Project Man In Handcuffs Steals Police Car And Takes It For A Joyride 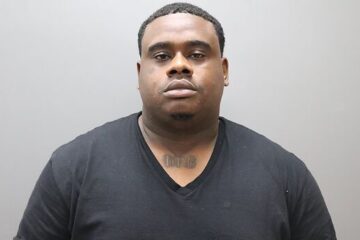