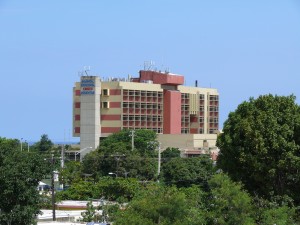 SAN JUAN – Puerto Rico’s power company on Thursday cut off electricity to a hospital over nearly $4 million in unpaid bills, part of a stepped-up effort by the heavily indebted agency to collect money amid the island’s economic crisis.

The Electric Power Authority said it waited for surgeries to end before pulling the plug at the Santa Rosa Hospital in the southern coastal town of Guayama.

The hospital initially said it could operate temporarily using generators, then announced late Thursday on its Facebook page that a judge had ruled in favour of the hospital and that it expected power to be restored. It was unclear when that might happen.

The small hospital is privately owned, and there are other larger hospitals in its region.

The power company is $9 billion in debt and has been pursuing people and businesses that owe it money, joining other government agencies in a similar crackdown.

Puerto Rico is buried in $70 billion of public debt and seeking a restructuring mechanism from the U.S. Congress. The governor announced last year that the amount is unpayable.